The incident occurred on Wednesday morning in Willistown Township 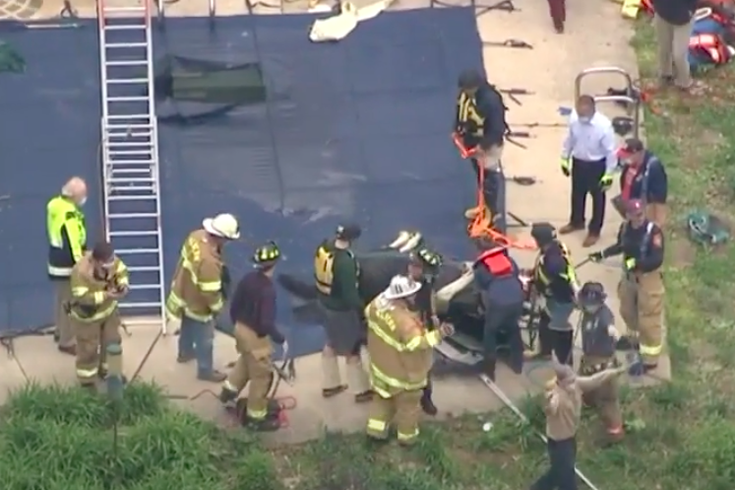 Emergency crews from across Chester County responded to a horse getting trapped in a swimming pool cover on Wednesday.

A horse was rescued after falling and getting trapped in the cover of a swimming pool in Willistown Township, Chester County on Wednesday morning, local officials said.

The horse, a 16-year-old mare named Saphia, had wandered out of her barn and into the backyard where she fell through the pool cover, according to local officials. After the horse was found stuck in the pool, struggling to get out, and becoming more fatigued, her owners called 911.

Local officials said that Saphia was then able to get to her feet and walk around, and that she appeared to be doing well and able to make a full recovery from the incident.

Chester County firefighters rescued a horse trapped in an icy pond in Charlestown Township in January 2017 when it accidentally walked over the pond and fell through the ice. The horse was eventually pulled to safety after emergency crews broke up the ice to make a pathway.