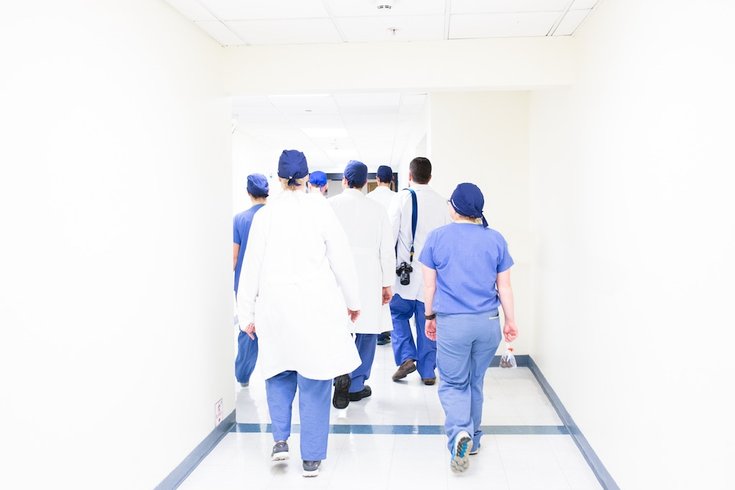 Hospital openness is a growing trend in U.K. health systems.

The U.S. Department of Homeland Security asks Americans to “see something, say something” to law enforcement if they suspect suspicious behavior. It's one way for everybody to do their part in protecting the homeland.

A study published Tuesday suggests the same sort of transparent vigilance would be beneficial in the hospital setting, too.

The research, published in the journal Health Affairs, found that “hospital openness” — defined as “an environment in which staff freely speak up if they see something that may negatively affect a patient and feel free to question those with more authority” — has been tied to overwhelmingly positive outcomes, including a reduction in hospital mortality, according to a news release from Bocconi University in Milan, Italy, via Eureka.

RELATED READ: These are the safest — and least-safe — hospitals in the Philadelphia area

In the study, researchers examined data from 137 "acute trusts" — hospitals in the United Kingdom, essentially — between 2012 and 2014. They focused on hospital mortality rates in institutions which promoted hospital openness.

Researchers said they used the Summary Hospital-level Mortality Indicator (SHMI) to measure mortality and designed their own standardized openness survey.

According to Bocconi University:

“The single component of our indicator that most affects mortality rates is good hospital procedures for reporting errors, near misses, and incidents,” Dr. Toffolutti says. “Moreover, as defensive medical practices could stymie openness”, she continues, “preventing the blame game that holds practitioners responsible for errors, in favor of institutional responsibility, could help the shift to a greater culture of openness.”