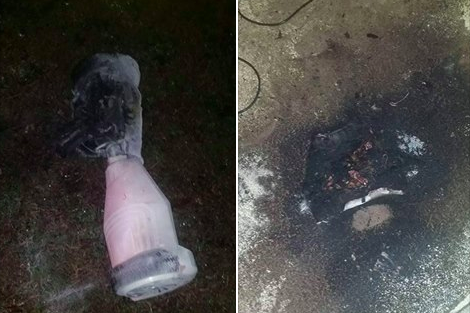 A hoverboard caught fire at a home in Ocean County.

A hoverboard caught fire Sunday night at a home in Ocean County, according to the Lanoka Harbor Fire Department.

Fire officials say the hoverboard caught fire while it was being charged in the home in Lacey Township. The family was home at the time of the fire.

"Be careful when charging up hoverboards," the fire department said in a post on Facebook. "We responded to [a] call today due to a hoverboard catching fire. Do not leave them unattended, monitor them while charging. ... Register them for warranties & check for manufacturer recalls."

The fire is under investigation by the Ocean County Fire Marshall's Office.

The three largest U.S. airlines, American Airlines Group Inc., United Continental Holdings Inc. and Delta Air Lines Inc., each said on Dec. 10 that they are banning hoverboards in carry-on and checked baggage out of safety considerations.

"CPSC field investigators are actively investigating hoverboard-related fires across the country and will open new cases as they come to our attention," said Consumer Product Safety Commission Chairman Elliot F. Kaye in a statement. "We have purchased boards in the marketplace and we have taken possession of boards that caught fire."