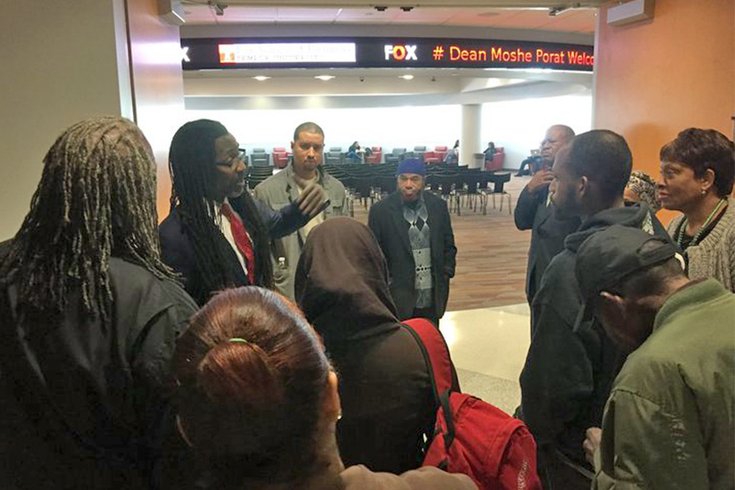 After a hearing before a trio of Commonwealth Court judges, Michael Coard explains how his fight against a $51 parking ticket could lead the Philadelphia Parking Authority to refund 'millions and millions of dollars' to citizens.

It’s not everyday that a trio of Pennsylvania Commonwealth Court judges preside over a hearing for a parking ticket.

That’s exactly what happened on Tuesday morning on the seventh floor of Temple University’s Alter Hall, though.

The ongoing legal battle between attorney Michael Coard and the City of Philadelphia – it started with a $51 parking ticket issued in Philadelphia’s Wynnefield Heights neighborhood – boils down to whether you’ve illegally parked in a bus zone if your car isn’t in the areas painted off as such.

That’s what Coard did on September 25, 2015 in the 3600 block of Conshohocken Avenue. While his vehicle wasn’t over the painted bus zone, it was parked halfway past a street sign warning of restricted parking.

A Common Pleas Court judge agreed with Coard’s take on the matter and dismissed the ticket. But the city – and, ostensibly, the Philadelphia Parking Authority – appealed to Commonwealth Court, hoping to avoid the prospect of millions of dollars of refunds.

With that, Commonwealth Court Judges Renee Cohn Jubelirer, Robert E. Simpson Jr. and James Gardner Colins heard arguments from both Coard and Steven Boc, the attorney representing the city on behalf of the Philadelphia Parking Authority.

To Boc, the case is “crystal clear” insofar as the law is clear, Coard's photo of where his car was parked showed it was technically deserving of the $51 ticket.

“His car was in front of a sign that said ‘no parking, bus zone.’ The ruling from Common Pleas court must be reversed.” – Steven Boc

Keeping vehicles out of bus zones is a foundation of public-transportation safety, what with children often getting off buses throughout the city, he said.

Furthermore, it’s about the signage, not the paint on the street that signifies where bus zones begin and end.

He also argued that Coard’s omission of the first seven words of the parking code in his earlier arguments – “When signs are erected giving notice thereof” – created an un-level playing field and made the appeal a necessity.

“Are you going to tell the Mayor and City Council that they’re wasting tax dollars painting since they’re redundant (with the signs’ message)?” asked Judge Collins when that was broached.

“The record is clear,” said Boc. “His car was in front of a sign that said ‘no parking, bus zone.’ … The ruling from Common Pleas court must be reversed.” 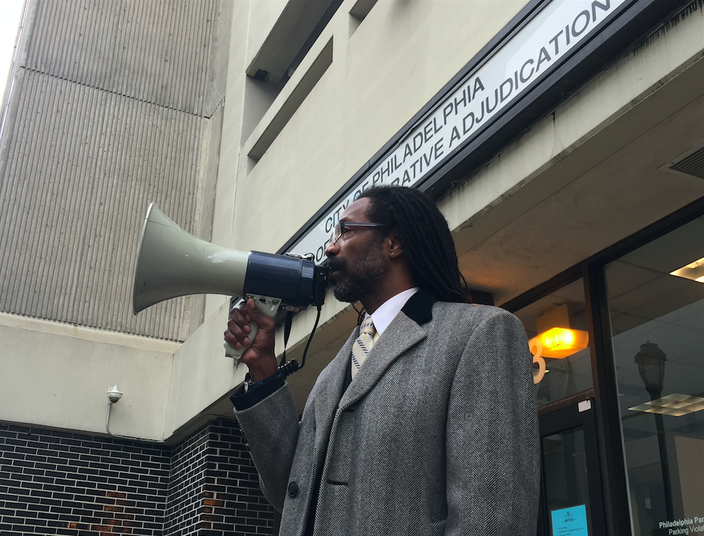 When Coard stood before the panel during a hearing that lasted about 15 minutes, he drew a parallel to capital murder cases he’s tried in the city.

“When the law is not on my side (in such cases), I resort to a policy argument,” he said. “The Parking Authority is doing the exact same thing.”

While the judges pointed out that his vehicle was parked beyond the bus-zone sign, he argued that the painted “X” on the street supercedes that.

Not including those seven words from the code “is not contorting the law. It’s reading the law,” he added.

Boc obviously disagreed, noting that omission is the most important point for the judges to note before making their decision.

After the hearing, Coard – who has called to “abolish the PPA as it currently exists” and launched an “AntiParkingAuthority” page on Facebook – stood in the hallway surrounded by a dozen like-minded supporters.

There, he said this case is about much more than his parking ticket.

“There's going to be millions and millions of dollars that the PPA will have to refund people” if the judges don’t overturn the Common Pleas Court decision. “Imagine all the people who’ve gotten these tickets. In a month, month and a half, I expect to hear their decision."

He also detailed his plans for the future should the decision hold.

"I'll definitely seek class-action status for refunds, with interest," he said. "In addition, I'm going to seek an injunction to stop the PPA's issuance of these, and all other illegal, tickets."