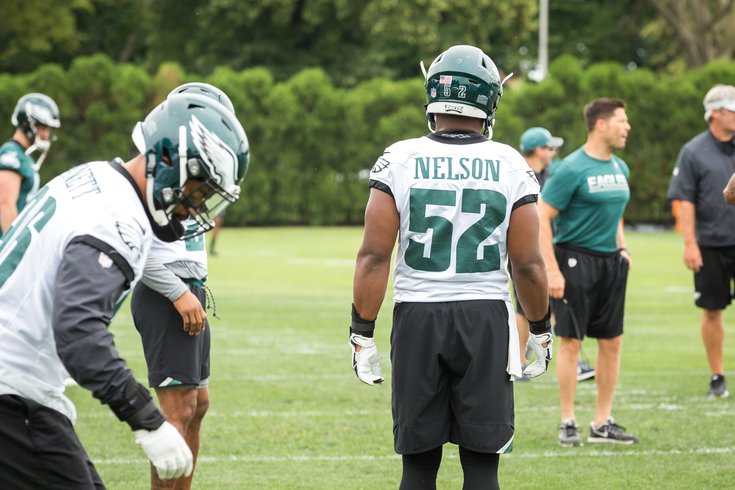 In our last 53-man roster projection, we noted that if the Eagles cut Nelson, they would likely preserve a sixth-round pick in 2019. A number of you asked me to unpack that assertion. That was a mistake to ask, as I will gladly oblige.

If you're unaware of the mysterious and confusing world of compensatory picks, you can catch up to some degree here, but the CliffsNotes version is that teams that have lost more free agents than they gained during free agency are awarded free draft picks the following year. The more money those players sign for in free agency, the higher the pick awarded, with a maximum return of a third-round pick. There are then dozens upon dozens of rules in regard to comp picks that we won't get into, but you can check out here.

The folks at OverTheCap.com do a great job of predicting the comp picks that will be awarded to each team, which is determined through a cancellation process of players lost vs. players gained. Here's what they have presently for the Eagles: 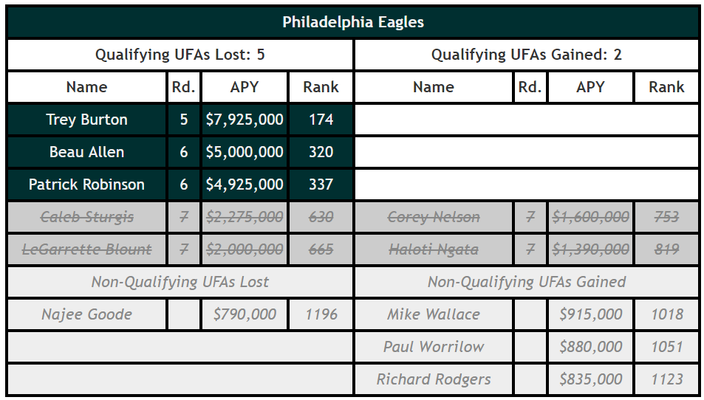 What does that chart mean?

• Sturgis and LeGarrette Blount qualify toward the formula as players lost, both at the seventh-round level, but they were cancelled out by Nelson and Haloti Ngata, players they gained.

• Najee Goode, Mike Wallace, Paul Worrilow, and Richard Rodgers were all free agents lost or gained, but they did not sign for enough money to count toward the comp pick formula.

Are you with me so far? Good? Good.

Onto current affairs. Out in Los Angeles, a serious kicking competition has emerged between Sturgis, who has apparently not had a good camp, and Robert Aguayo. Adam Schefter reported early in the morning yesterday that Aguayo is on his way to winning that job with the Chargers.

Roberto Aguayo on his way to winning the Chargers’ kicking job.

That would be bad news for the Eagles. With Aguayo winning that job, Sturgis would be cut, which would mean that he would no longer count toward the comp pick formula. He would drop down into the "non-qualifying UFAs lost" section of the chart above. That would mean that Nelson would instead cancel out the sixth-round pick the Eagles are in line to receive for losing Patrick Robinson.

Unless, of course, they cut Nelson, which would eliminate him from the comp pick formula as well, thus preserving that sixth round pick for losing Robinson.

Nelson hasn't done much this camp, and has been thoroughly outplayed by Nate Gerry and Kamu Grugier-Hill in the competition for the third linebacker spot. I suspect the Eagles will indeed view the sixth round comp pick (and $1 million saved, by the way) as more valuable than Nelson.