How long should I leave up my Christmas tree? 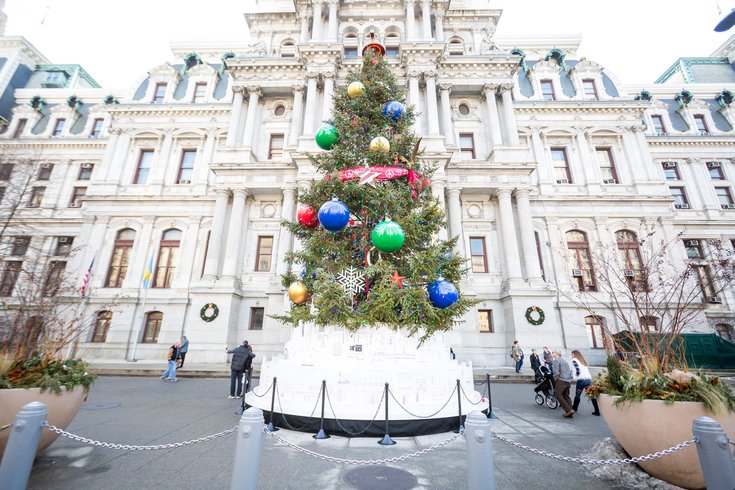 As part of the Philly Holiday Festival, there is a giant, decorated Christmas tree on the north side of Philadelphia City Hall.

But how long is it socially acceptable, if not entirely safe, to leave the Christmas tree standing?

Some traditional customs call for leaving Christmas decorations up until Ephiphany, when Christians celebrate the arrival of the magi to see baby Jesus. Leaving the tree up beyond Ephiphany — Jan. 6, 2017 — invites bad luck, according to superstitions.

RELATED: Here’s how (and where) to recycle your Christmas tree in Philadelphia

New Yorkers are testing their luck. The Christmas tree at Rockefeller Center will remain until 9 p.m. on Jan. 7. Likewise, the Vatican plans to maintain its Christmas tree and nativity scene at St. Peter's Square through Jan. 8, which marks the feast of the Lord's Baptism.

The Galleria Dallas — which boasts the tallest indoor tree in the United States — tore down its 95-foot tree sometime after the shopping mall closed on Christmas Eve. But removing its 450,000 lights and 10,000 ornaments must have been a monumental task.

By this time, many trees have dried out and have dropped a pile of pine needles on the living room floor. If that's the case, the National Fire Protection Association recommends removing the tree, because those dried trees can ingite faster than newspapers.

One television station in Albany, New York, put that to the test:

Philadelphia's Where to recycle your Christmas treeChristmas tree recycling program runs Monday, Jan. 2 to Saturday, Jan. 14. Residents can drop off their trees at six sanitation centers (listed at the link above) between 8 a.m. and 6 p.m.

Residents unable to participate in the recycling program can place trees at the curb on \ trash collection day, and they will be picked up as trash.