How to pack the perfect picnic for Opera on the Mall

Fill your basket with this cheese and jam, stat 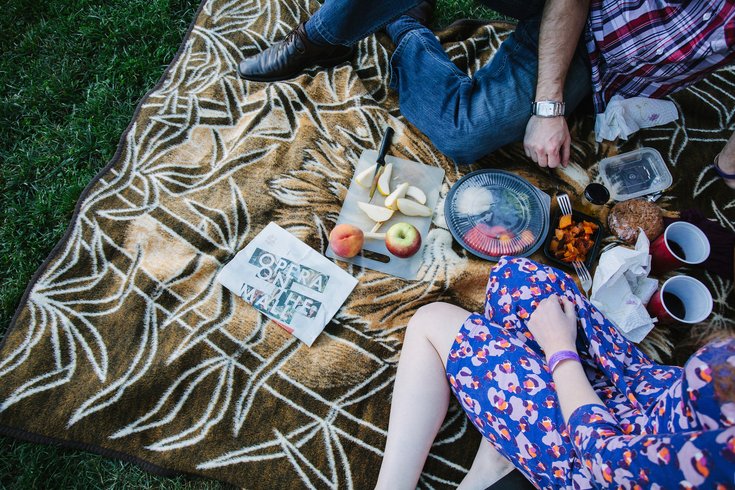 Opera on the Mall, Opera Philadelphia's free outdoor broadcast at Independence Mall, returns for its fifth year Saturday. That night, guests are invited onto the lawn to watch Verdi's classic romance "La traviata" while they dine on homemade dinners from their picnic baskets.

But what do you eat while watching a 162-year-old opera aside the 262-year-old Independence Hall? Your usual Wawa hoagie just won't feel right. A selection of cheeses, meats, spreads and snacks is a better option. It's easy to pass around with friends and nibble on all night and, when chosen well, produces all the "mmms" and "ahhs" of a giant sandwich.

To create a curated collection of yum for the event, PhillyVoice headed to the local masters of all things meat and cheese: Di Bruno Bros. At the brand's Franklin location at 9th and Chestnut streets, just a few blocks from Independence Mall, certified cheese professional Leslie Uhl came up with the perfect pairings to pop in your picnic.

Before making a selection, it's important for attendees to remember they'll be eating outside. From the time the doors open to the final bow, the event will last four hours. Therefore, you'll want to avoid fresh cheeses like mozzarella and ricotta, which won't last that long out of the fridge, said Uhl. Pretty much all other cheeses will.

To start, she suggests Challerhocker ($14.99/8 ounces), a firm cheese from St. Galen, Switzerland. It's made by Walter Rass, who is well-known for making Appenzeller cheese. He tweaked this style to create the longer-aged Challerhocker, which translates to "sitting in the cellar." It tastes much like a traditional Swiss but with a more savory, umami flavor to it. It's also very easy to slice, so you can leave the fancy cheese knives at home.

Bring a jar of Oshra Tishbi jam ($9.99) to dip the cheese in. This line of preserves is made with wines from family-owned Tishbi winery, which began as a vineyard in Zikhron Ya'akov, Israel, in 1882. Their Fig Cabernet flavor pairs well with the Challerhocker.

For another firm cheese, try Piave Vecchio ($8.99/8 ounces), from Veneto, Italy. Like a younger version of Parmesan, Uhl explained, it's a classic Northern Italian choice that's a little nutty and sweet. If you have any left over, Uhl suggests grating it over some pasta.

You probably won't, though, if you drizzle it with the Lodovico Campari Modena 15-year-aged balsamic vinegar sold by Di Bruno. At $49.99 a pop, it certainly isn't cheap, but it's a dream over the Piave Vecchio or strawberries. It's more syrupy than your typical balsamic, so you just need a tiny bit to do the trick. (Uhl likes to drizzle it on ice cream, too.) 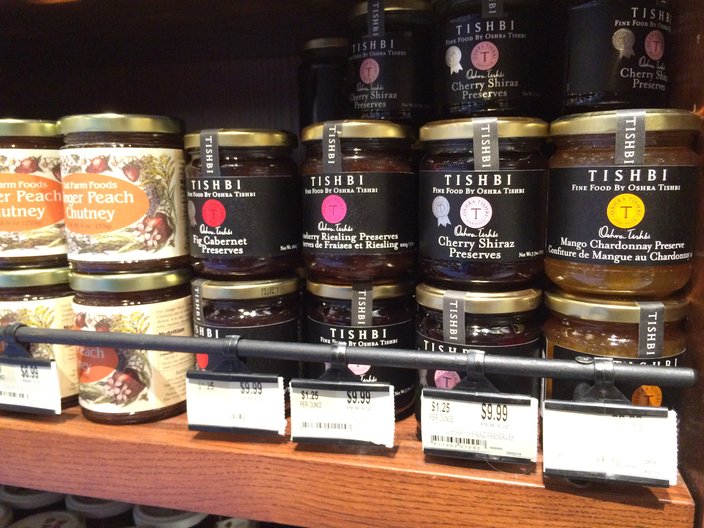 Finally, add a bit of goat cheese to the mix. No worries if you're not a fan; Uhl's selection is Leonora ($9.99/8 ounces) from Leon, Spain, which she calls "not too goat-y." It's soft, bright and lemony.

"I just tell people to think of it like lemon fudge," Uhl said.

She suggests Spanish honey to go with it, like Mitica's Wild Lavender ($6.99) or Orange Blossom ($4.99) flavors. They're aromatic and floral, and thus an appropriate treat for dining al fresco.

When you get bored with all that cheese - just kidding, we mean when you run out of all that cheese - turn to the snack aisle. Di Bruno Bros. makes a great selection of crostini ($2.99) that have a satisfying crunch but are light enough to keep eating. They also sell a selection of upscale crackers called Raincoast Crisps ($8.99) that have fruits and nuts baked in for a pop of texture. For some protein, try the traditionally made Fra Mani Toscano Salami, which has a hearty, coarse texture of fat and meat. "It's like a surprise in every bite!" Uhl said. 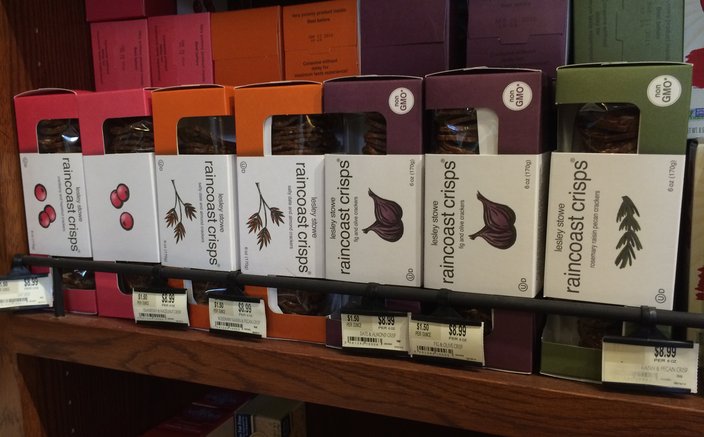 If you're running late on opera day and need something quick, Di Bruno Bros. also makes sandwiches, hot entrees, all kinds of salads and grab-and-go snacks. The Dulce De Leche Crunchy Corn ($4.99), Dark Chocolate Espresso Beans ($7.99) and the Black Lava Cashews ($11.99) -- which the staff refers to as "Crack Lava Cashews" for their addictiveness, Uhl jokes -- all pack a salty-sweet crunch. Throw in a few choices from the antipasti selection (we like the Sexy Olive Mix) and you're good to go.

You will probably also get thirsty. Technically wine is allowed at Opera on the Mall, and you'll definitely see a few bottles among the audience, but it isn't exactly overtly encouraged. Feel free to bring a bottle or two to share with your crew; just remember to drink responsibly. You're at the opera after all.

If you're still totally lost or just hate goat cheese, head to any of the Di Bruno locations and they'll help you out. It's kind of their specialty, said Uhl.

"All we really like to do is feed people!"