Josh Shapiro will be sworn in as Pa.'s governor Tuesday; here's how to watch the ceremony

The inauguration kicks off at noon, with a celebratory concert to follow 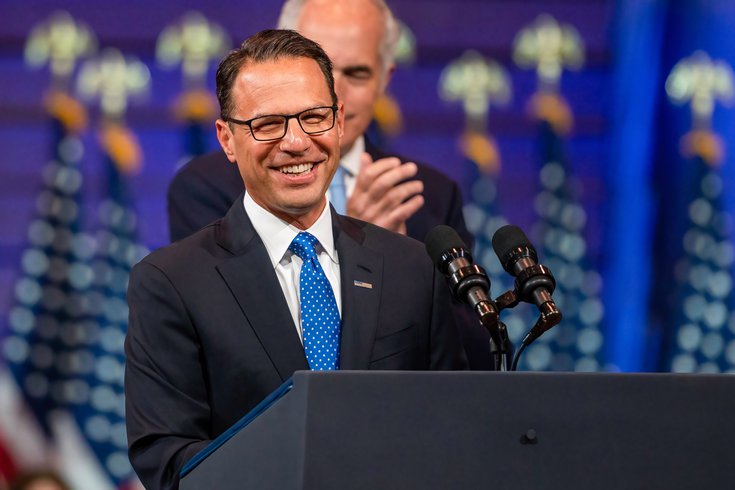 Josh Shapiro will be sworn in as Pennsylvania's 48th governor at noon Tuesday. WHTM and WGAL will each livestream the inauguration on their websites.

Josh Shapiro will be sworn in as Pennsylvania's 48th governor during an inaugural ceremony at the State Capitol on Tuesday. He'll then head to Lancaster County for a party featuring musical performances from Smokey Robinson, Wiz Khalifa and Mt. Joy.

Shapiro, a Democrat who served as attorney general for the last six years, will be sworn in alongside Austin Davis, the new lieutenant governor. The two cruised by Republicans Doug Mastriano and Carrie Lewis Delrosso during November's general election. Shapiro will become the first governor since 1966 to succeed a member of the same party.

Shapiro began his transition to his new office one week after his election victory, but stayed on as the state's lead prosecutor through the beginning of this month. Over the last several weeks, Shapiro assembled his cabinet and staffed senior positions in his administration to help execute his goals for the next four years.

Shapiro will be Pennsylvania's third Jewish governor, after Milton Shapp and Ed Rendell. Shapiro has chosen three Jewish Bibles for the ceremony: a family Bible, one from the Tree of Life Synagogue in Pittsburgh, and one that previously belonged to a World War II veteran who attended Shapiro's Montgomery County synagogue. That Bible is being loaned from the Weitzman National Museum of American Jewish History in Old City.

In Pennsylvania, we know the power of taking action through service, and that a movement is more powerful than an individual.

That's why it's so important to me and my family that ahead of my inauguration, we spend time giving back in every part of our Commonwealth. pic.twitter.com/zY0Qc8YIbX

For those looking for a way to take part in the inauguration from home, here's what they need to know.

Where can I watch the inauguration?

Several news outlets based in Central Pennsylvania will be on site to broadcast a livestream of the ceremony.

WHTM, the ABC affiliate in Harrisburg, will begin streaming the inauguration on its website at noon Tuesday. The stream will include live coverage from reporter Dennis Owens, the ceremony and speeches.

WGAL, the NBC affiliate in Lancaster, will stream the inauguration on its website, too.

What can I expect to see?

Though the main attraction of any inaugural ceremony is the swearing-in of the new officials, there also will be speeches and performances from the Lincoln University Choir, the Pennsylvania State Police Honor Guard, the African Episcopal Church of St. Thomas Choir, the Pittsburgh Youth Chorus and the Hazelton Area High School Marching Cougars.

Roland Scarinci, a World War II veteran and Philadelphia native, will be leading the Pledge of Allegiance. Scarinci, who will celebrate his 100th birthday on Feb. 18, was a corporal in the U.S. Marine Corps. and participated in the Battle of Okinawa.

Who's on the lineup for the inaugural celebration?

Following the swearing-in ceremony, Shapiro and Davis will bring the celebration to Rock Lititz in Lancaster County for a concert featuring performances from singer Smokey Robinson, rapper Wiz Khalifa and Mt. Joy, a rock band with Philly roots.

"I think a lot of people will be surprised that I actually like (Khalifa's) music," Shapiro told PennLive. "That's what I like. I guess it's an acquired taste over time."

Shapiro said that his wife, Lori, is the "true hip-hop head in the family," though.

The venue, which is often used as a rehearsal space for large touring acts, and lineup is meant to represent and celebrate the diversity present in all parts of the state.

The event is not being livestreamed, and is currently at capacity. There is an online waiting list for those who still want a late chance to join the fun.