Meek Mill pardoned by Gov. Wolf for charges tied to his overturned 2008 conviction

The Philadelphia rapper, who has become an advocate for criminal justice reform, pledged to 'do more' for his community 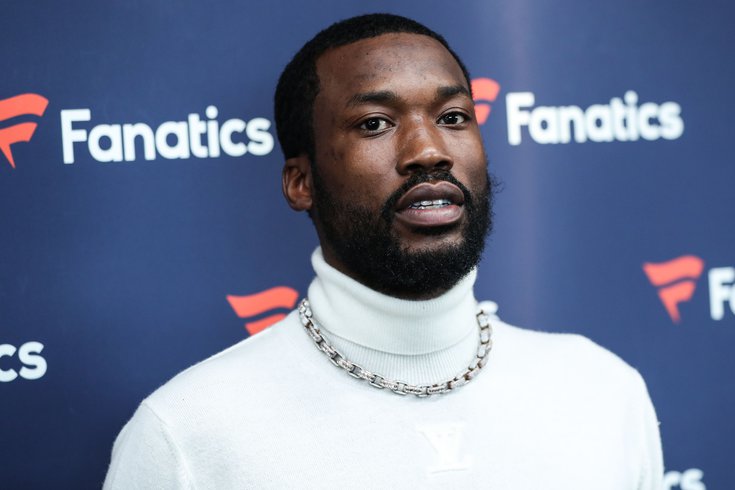 Meek Mill was pardoned by Gov. Tom Wolf for weapons and drug possession charges stemming from a 2007 arrest. His 2008 conviction on the charges was overturned in 2019, and he later pleaded guilty to a single misdemeanor firearm charge.

Meek Mill received a pardon from Gov. Tom Wolf for drug and weapons possession charges that spurred a years-long court battle and inspired the rapper's advocacy for criminal justice reform.

Mill was convicted of the charges in 2008, but it was vacated by the Pennsylvania Superior Court in 2019 after evidence of alleged police corruption came to light. He was granted a new trial under a different judge and eventually pleaded guilty to a single misdemeanor firearm charge as part of a plea deal that carried no further penalty.

The pardon relieves the Philadelphia native of any further legal responsibility regarding the case, and leaves him open for possible expungement of his criminal record. The 35-year-old musician — born Robert Rihmeek Williams — shared the news on his Twitter and Instagram, pledging to do more for his community and thanking his fans for their support of his criminal justice system battles.

"Thankyall," Mill wrote on Instagram. "I'm only gone do more for my community on god!"

Mill's conviction was one of 369 pardons Wolf granted Thursday. Wolf, who is leaving office next week, has pardoned 2,540 people during his two terms, the most by any governor in the state's 340-year history.

"I have taken this process very seriously — reviewing and giving careful thought to each and every one of these 2,540 pardons and the lives they will impact," Wolf said. "Every single one of the Pennsylvanians who made it through the process truly deserves their second chance, and it's been my honor to grant it. A record prevents positive forward motion in a person's life, and can spark a repetitive cycle of defeat. I firmly believe that with restored rights, pardoned Pennsylvanians prove themselves by stepping up and giving back to our communities."

Mill was arrested in 2007 by Reginald Graham, a now-retired officer from the Philadelphia Police Department. The arresting officer's credibility came under fire after he was seen on a secretive list of police officers that the District Attorney's Office considered untrustworthy.

A year and a half after his arrest, Mill was sentenced to up to two years in county prison followed by seven years of probation, but he was released from prison after six months. Court of Common Pleas Judge Genece Brinkley was responsible for his case until his conviction was overturned.

The ruling, handed down by Brinkley, set off a firestorm of support from fans, social justice advocates and celebrities, all with the same rallying cry: "Free Meek."

Advocates decried the sentence as "unusually harsh," and hundreds of protesters rallied outside of the Philadelphia Criminal Justice Center in 2018. Brinkley was criticized for the sentence and for her conduct. She was accused of encouraging Mill to leave his record label and join another run by her friend, and threatening to sue him.

Last month, Brinkley was transferred to civil court and had all of her criminal cases reassigned amid another legal battle. Lawyers and judges reviewing Brinkley's cases allege that she had a history of imposing illegal sentences and allowing sentences to run over their maximum dates.

Since his 2017 sentence and subsequent prison stay, Mill has dedicated much of his life to pursuing criminal justice reform, producing a 2019 documentary with Jay-Z about his court battle and establishing the Reform Alliance with Jay-Z and Michael Rubin. The advocacy organization aims to spur reform probation and parole policies.

In December, Mill paid off the bail for 20 incarcerated Philadelphia women to reunite them with their families on Christmas Eve.

A 2020 report from the Economy League of Greater Philadelphia found that pardons contributed $16.5 million to Pennsylvania's economy, at no cost to anyone. Through the PA Marijuana Pardon Project, Wolf has pardoned 232 individuals with only minor marijuana possession on their records.