A bill passed in 2013 requires the Department of Revenue to assess the rate based on average fuel prices, which triggered a price hike across the state 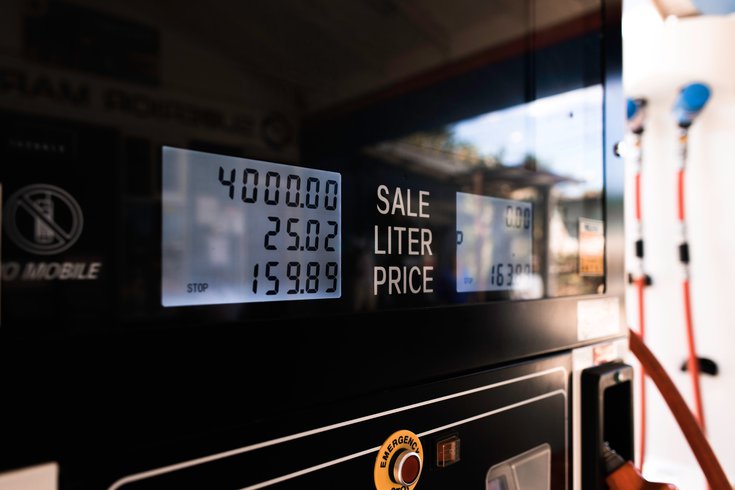 The Pennsylvania Senate passed a bill that would undo the automatic gas tax increase for 2023 and reset the average wholesale price of gas to its pre-2022 levels. On Jan. 1, the state's gas tax increased to more than 61 cents per gallon due to a 2013 state law meant to fund bridge and road improvements.

Pennsylvania's gas tax automatically rose to more than 61 cents per gallon on Jan. 1, making it one of the highest in the country. As drivers prepare to pay more at the pump in 2023, the state Senate has passed a bill aimed at reversing the automatic tax hike and keeping fuel prices steady.

The bill passed with a 29-19 vote, and heads to the state House, which remains adjourned for the rest of the week. If passed by the House and signed into law by the governor, Pennsylvania would undo its 2023 gas tax increase and reset the wholesale gas price to $2.99 for this year and beyond, which would keep the gas tax from rising in the future.

The tax hike was triggered by a 2013 state law enacted to fund road and bridge improvements. Each year, the Department of Revenue is required to assess the gas tax based on the average wholesale price of gas. In 2022, the price rose beyond a set limit of $2.99 per gallon for the first time since the law went into effect. Though gas tax increases are levied on wholesalers, the cost is expected to trickle down to consumers.

As of Thursday, the average gas price in Pennsylvania is $3.64 per gallon, according to AAA. In Philadelphia, the average price is $3.52 per gallon. Diesel fuel averages $5.29 a gallon across the state.

Gov. Tom Wolf has sought to end the state's reliance on fuel taxes to fund infrastructure improvements since May 2021, and has supported shifting the burden elsewhere. Though Pennsylvania has more than $9 million in annual unmet needs across its transportation system, Wolf believes that the gas tax is an "unreliable" method to solving that problem.

Governor-elect Josh Shapiro, who will be sworn into office on Tuesday, Jan. 17, has proposed a $250 gas tax refund per car, up to four cars per family.

Resetting the average wholesale gas price to $2.99 for 2023 — despite the price actually increasing to $3.17 per gallon — could cost the state nearly $228 million in revenue it would have otherwise collected for a series of PennDOT transportation projects slated to begin this year, the Associated Press reported.

"To eliminate the gas tax, we need to identify an ongoing, steady revenue source for infrastructure funding — one that will give Pennsylvania the resources we need to repair roads, keep bridges safe and guarantee clean air and water for all," Alexis Campbell, a spokesperson for PennDOT, told PennLive.

In June, a Commonwealth Court judge blocked a PennDOT plan to enact $1-2 tolls at nine interstate bridges, including the Girard Point Bridge in Philadelphia. The tolls would have funded a $2.2 billion project to repair and maintain bridges.

In July, the Transportation Revenue Options Commission released a series of gas tax alternatives, including a mileage fee that would charge 8.1 cents per vehicle for every mile driven. Others included a $1 fee for package deliveries, a $1.11 fee on rideshare trips and fee increases for vehicle registration and car rentals.

Pennsylvania lawmakers have previously attempted to cut or eliminate the state's gas tax, particularly as fuel prices reached level highs in 2022. In March, former state Rep. Tony DeLuca, an Allegheny County Democrat who died in October, introduced a bill to suspend the gas tax for six months. Former state Sen. Jake Corman introduced similar legislation that would have reduced the gas tax by one-third for the remainder of 2022.

During the summer, President Joe Biden called for a three-month fuel tax holiday. Though the proposal floundered in Congress, several states — including California, Maryland, Connecticut and New York — enacted their own gas tax holidays.