The state has the highest rate in the country, at nearly 58 cents per gallon 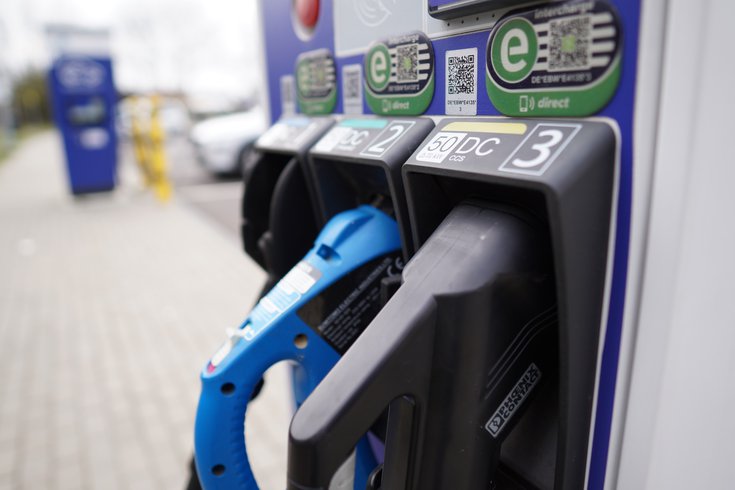 Pennsylvania has the highest gas tax in the United States. With gas prices high due to inflation and the Russian oil ban, public officials have considered suspending or reducing the state gas tax.

Pennsylvania residents are looking for relief from surging gas prices. With that in mind, public officials have taken aim at the state's gas tax, which is the highest in the country.

State Rep. Tony DeLuca, a Democrat from Allegheny County, introduced legislation Wednesday that would suspend the state gas tax for six months. Gas station owners and oil companies would be required to pass the tax break to consumers.

Earlier in the week, state Sen. Jake Corman, a Republican candidate for governor, introduced legislation that would reduce Pennsylvania's gas tax by one-third for the remainder of the year. When coupled with a federal gas tax holiday, fuel taxes would fall by nearly 50%, he said.

"In the past several days, we have seen gas prices rise to historic levels, breaking a record set in June 2008 of $4.15 per gallon, according to AAA Mid-Atlantic," Corman wrote in a sponsorship memo. "We must do all that we can to address this now at the state government level and offer our support to hard-working families across this Commonwealth."

As of Thursday, Pennsylvania's average gas price was $4.31 per gallon, down slightly from last week's average of $4.39 per gallon, according to AAA Mid-Atlantic. The state's highest recorded average was $4.43 per gallon, set on March 11.

Pennsylvania's gas tax funds repairs to the state's roads and bridges, but it also helps fund several other state agencies.

As gas prices increase amid rising inflation and in response to the ongoing Russian invasion in Ukraine, both lawmakers and residents have sought relief at the pumps.

Attorney General Josh Shapiro, a Democratic candidate for governor, has proposed a $250 gas tax refund per car, with up to four cars per family.

Gov. Tom Wolf has supported phasing out the state gas tax since May 2021, when he discussed plans to form a commission to determine the best way to fund the infrastructure projects financed by the tax.

"Our economy, our communities, and our future rely on a strong transportation system that supports our safety and growth," Wolf said earlier this month. "Pennsylvania is relying too much on outdated, unreliable funding methods, and the federal government hasn’t taken meaningful action in decades. Phasing out the burdensome gas tax, coupled with seeking long-term reliable funding solutions that will keep pace with our infrastructure needs, deserves a close examination."

Pennsylvania has more than $9 billion in annual unmet needs across its transportation system, but the gas tax is an unreliable method to solving that problem, Wolf said.

The bills introduced by DeLuca and Corman each would create revenue shortfalls. To cover them, DeLuca's bill would direct the state Revenue secretary to propose ways to mitigate the funding loss.

Corman's bill would take $500 million from the American Rescue Plan Act to fund state police. It also would have PennDOT issue a $650 million bond to finance infrastructure projects funded by the gas tax.

Earlier this month, Wolf called on Congressional leaders to support a federal gas tax holiday. A letter signed by Wolf and four other governors urged them to suspend the tax to "alleviate the consumer cost of rising gas prices while protecting the federal government's ability to make infrastructure investments."

The governors said money in the new infrastructure law could be used to bolster the Highway Trust Fund for the duration of the holiday.

There are two bills in the U.S. House and Senate that would provide a temporary suspension of the federal gas tax, but both have stalled.

Rising gas prices are an issue across the United States. The average price nationwide is $4.23 per gallon, according to AAA.

However, critics of gas tax holidays say there is no guarantee that a suspension will be passed on to consumers in a tangible way.

"The real problem with this approach at both the federal and state level is that there's no way to ensure that the people will see this savings when they go to the gas pump to fill up," Jim Tymon, executive director of the American Association of State Highway and Transportation Officials, told The Associated Press.

On average, only one-third of the value of previous gas tax cuts or increases are felt by consumers, according to a 2020 report from the American Road & Transportation Builders Association. That's because the price of gasoline is based on a variety of factors, including the price of crude oil, supply and demand pressures, and refining costs.