Penn Medicine, Drexel and Wawa are the first to join, but the initiative may expand to other employers 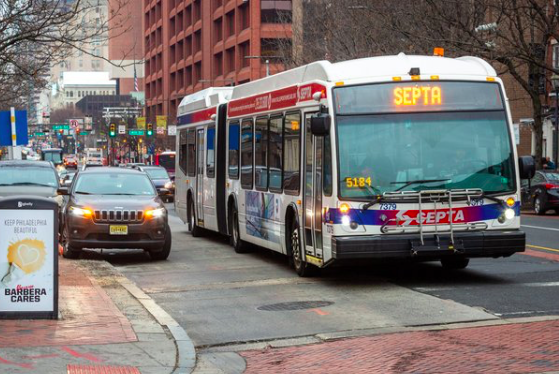 Three of Philadelphia's largest employers are distributing free SEPTA passes to employees as part of an incentive to increase ridership on public transportation.

Penn Medicine, Drexel University and Wawa have agreed to purchase monthly passes at $140 each and distribute them to 15,600 workers as part of the transit authority's new "SEPTA Key Advantage" program.

Like SEPTA's Anywhere Pass, which costs $204 per month, the Key Advantage passes can be used on all SEPTA modes. They will be ready to use May 1 and automatically reloaded each month for the six-month stretch of the program.

The employers will provide their eligible employees with information on how to receive the passes. Participants can use new or existing SEPTA Key cards.

SEPTA officials said they expect to expand the program to include additional employers.

Similar programs have been used to boost public transit ridership in Chicago, Pittsburgh and Seattle. Companies often have used the transit passes as perk to employees.

"SEPTA is thrilled to launch this exciting new program, which will provide real benefits for people working in our city and region," SEPTA CEO Leslie S. Richards said. "This has the potential to provide a significant boost in ridership, which is critical to ensuring that SEPTA can sustain and grow service as we recover from the pandemic."

So happy to have played a small role in bringing about this awesome new institutional pass initiative at SEPTA with pilot partners Drexel, Penn Medicine and Wawa! Very exciting to see SEPTA going down this path as there are so many different applications for bulk fares! https://t.co/bS2s74zPBj

The $2.1 million SEPTA will receive as part of the SEPTA Key Advantage program is roughly the same amount it would receive from Penn Medicine, Drexel and Wawa employees who already purchase passes, the Inquirer reported. But Richards said SEPTA hopes people continue purchasing the passes after the program ends.

"We will be reducing traffic congestion, alleviating demand for parking, and providing a powerful recruitment tool for businesses as they compete to hire and retain talent and as they figure out their return-to-office plans," Richards told the newspaper.

The transit authority is working to update its service to better reflect the shifting landscape of the city.

In February, it announced service adjustments, with several routes reducing services. Of the 50 routes impacted, routes G and 70 will now run more frequently as the need has increased.