The College of Physicians rescinded its achievement award to Dr. Albert Kligman, who led the tests between 1951 and 1974 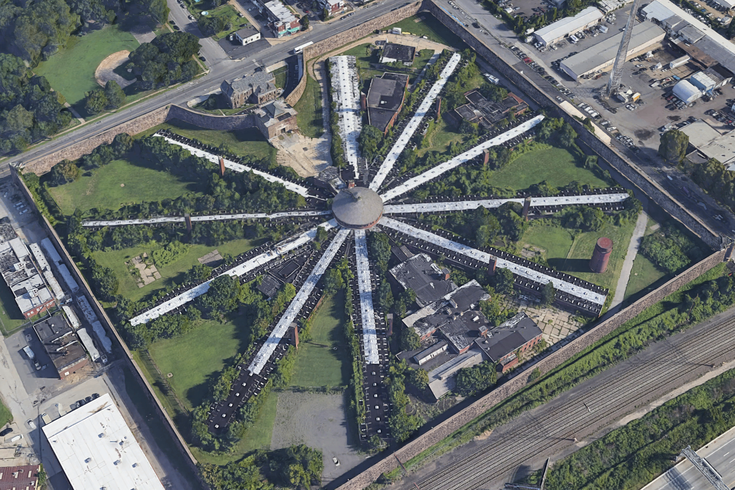 The College of Physicians of Philadelphia is apologizing for its silence over the Holmesburg Prison experiments, which subjected mostly Black prison inmates to radioactive isotopes and known carcinogens.

The College of Physicians of Philadelphia offered a "long overdue" apology Wednesday to the inmates of the Holmesburg Prison experiments, who were subjected to dangerous medical tests without informed consent.

Between 1951 and 1974, Penn dermatology professor Dr. Albert Kligman conducted tests of more than 250 chemical compounds on the mostly Black inmates of Holmesburg Prison in Northeast Philadelphia, viewing the men as cheap, low-liability test subjects — or "acres of skin," as he infamously put it. Though the prisoners were paid stipends, they were misled about the risk involved, and some developed long-term illnesses later in life.

Holmesburg Prison closed in 1995, but Kligman enjoyed a distinguished reputation in the medical field until his death in 2010, regarded as a pioneer for the invention of the acne treatment Retin-A. The College of Physicians of Philadelphia presented him with an achievement award in 2003.

Now, the group is extending "its deepest sympathies for those who suffered, including their families," and an apology for its "silence" over this ugly piece of Philadelphia history. Its public statement, released by the board of trustees, continues:

"Though this apology is long overdue, it is no less heartfelt for the delay. As former President Bill Clinton said in his apology for the U.S. government's role in the infamous Tuskegee experiments, the College recognizes that "[w]e can end the silence. We can stop turning our heads away. We can look you in the eye and finally say (we are) sorry ... and (we are) sorry that this apology has been so long in coming."

We also can commit the College to the work that our members do best; that is, to the task of healing. The College pledges to work with the Philadelphia Inmate Justice Coalition for the purpose of leading a broader public discussion about these issues to raise public awareness about the Holmesburg Experiments to ensure that no such practices recur in the future.

Finally, the College offers its sincere thanks to the Coalition members who are participating in our meetings. They have shed light on a troubling but important piece of the College's past, and we are all better for it."

The College also announced it had rescinded Kligman's award.

Kligman's experiments involved a variety of substances, ranging from topical creams designed to treat ringworm to injections of radioactive isotopes. Perhaps most infamously, the doctor exposed roughly 70 prisoners to dioxin, a well-known carcinogen used in Agent Orange and various herbicides, in the mid-1960s as part of a Dow Chemical-funded study, blowing past his donor's recommended limits to deliver exceptionally high doses. According to Philadelphia author Allen M. Hornblum's definitive account of the experiments, 'Acres of Skin: Human Experiments at Holmesburg Prison,' the "Dow scientists were 'quite startled' when they saw that Kligman had dramatically altered the protocol by increasing the dosage 468 times."

Kligman's recklessness led Dow to sever their relationship, Hornblum writes, but the dioxin tests did not become public knowledge until the early 1980s, when the EPA conducted a public search for the 70 inmates. (The EPA could not obtain records from any group involved; inmates told Hornblum that the architects had "decided to deep-six the evidence.") Letters poured into the EPA describing alarming health problems like inexplicable foaming at the mouth, chronic nervous conditions and diminishing eyesight that required stronger glasses prescriptions "about every year for the past 11 to 12 years."

Nearly 300 former prisoners sued Kligman and Dow over the dioxin trials in 2000, but a judge ruled the statute of limitations had expired. Earlier in 1984, one former test subject received a $40,000 settlement from the city of Philadelphia.

The city also offered an apology for its role in the tests last fall, categorizing the Holmesburg Prison experiments as "inhumane and horrific abuse." Penn eliminated an annual lectureship named for Kligman in 2021, while renaming several funds and a professorship bearing his name.