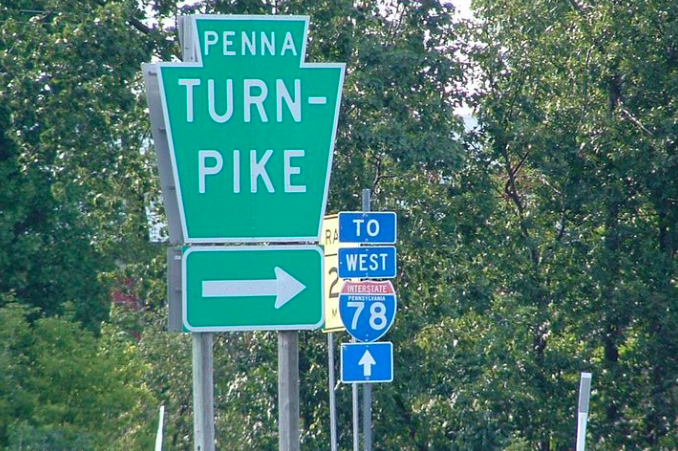 An audit of the Pennsylvania Turnpike Commission found that the agency has amassed $13.2 billion of debt. Auditor General Timothy L. DeFoor called the situation "unsustainable" and said there's a need for innovative solutions.

The commission's $13.2 billion debt is largely due to having to borrow money to meet its obligations to a law signed by former Gov. Ed Rendell in 2007. Act 44 requires the agency to provide $450 million per year to PennDOT to support projects across the state.

This year, the required contribution was reduced to $50 million for the next 35 years. As a result of the law, the commission has voted to increase toll rates every year since 2007. It approved a 5% toll hike for 2023 in August, with Chief Financial Officer Richard Dreyer telling the Inquirer the commission has reduced its staff while it finds financial stability.

"This is an unsustainable situation which highlights the need for innovative ideas and different solutions to rectify an issue that is decades in the making," DeFoor said. "The Turnpike Commission didn't get into this situation by itself. The legislative and executive branch need to work together now to ensure the Turnpike is financially viable for the future."

DeFoor said raising toll rates is the only way to increase revenue, even though it puts the financial burden on drivers and may not even be enough to address all the agency's challenges. He also noted that it leaves little room to anticipate another natural calamity, like the COVID-19 pandemic, which kept cars off major roadways for an extended period.

In the audit's first finding, DeFoor said that, even with annual toll hikes, the commission still faces significant challenges in efforts to fulfill its financial obligations and its own projects. It includes projected toll revenue from 2022 through 2041, with the expectation that traffic trends will recover from the pandemic, continue to increase each year, and that toll rates will increase by up to 150% by 2041.

DeFoor recommended that the commission evaluate how to increase personal and commercial traffic on the Turnpike, reduce its own expenses, and collaborate with other state agencies to reduce operating costs.

The audit also found that uncollected tolls have increased in the four years since the last audit, and that the commission needs to find new ways to collect tolls. Uncollected tolls include billed tolls that have been left unpaid and tolls that PennDOT is unable to bill drivers for due to unreadable license plates or not having updated addresses on file.

"We need to work at finding a solution that will make sure the Turnpike continues to provide an invaluable service to all who travel through Pennsylvania, without it being a financial burden," DeFoor said. "We recommend the General Assembly take another look at Acts 44 and 89 and consider drafting new legislation to mitigate the debt burden placed on the Commission."

The last finding concerns anti-discrimination language used in contracts for amenities provided at service plazas along the highway.

After a PennLive report about an alleged racial discrimination incident at the Highspire Service Plaza in Middletown in 2019, the Auditor General's office evaluated vendor contracts at all of its plazas.

DeFoor found that the anti-discrimination language is "outdated" and "lacking context," meaning it doesn't contain the same language found in the state's Department of General Services standard terms, which prohibit discrimination regarding gender, sexual orientation, or gender identity.

The auditor general recommended that the commission changes its anti-discrimination language to reflect the current state standards, update the language used in its contracts with vendors, and consider requiring vendors who provide customer service at plazas to post a "customer complaint" number that would connect to an HR or legal department.

The Department of the Auditor General is legally responsible to audit the commission every four years. This audit covers the time period between June 1, 2018 and June 13 of this year.