Caroline DiPlacido, 58, of Millcreek, Pennsylvania, had been a snorkeling at a popular spot near Nassau with her family when she was bitten by a bull shark, police said 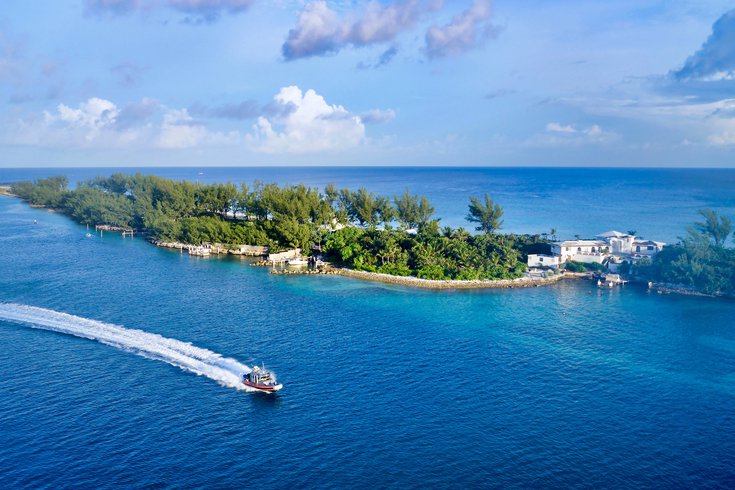 A 58-year-old woman from Pennsylvania was attacked and killed by a bull shark while snorkeling at a private island off of Nassau in the Bahamas on Tuesday, police said.

UPDATE: The woman killed by a shark while snorkeling in the Bahamas has been identified as Caroline DiPlacido, from Millcreek, Pennsylvania, according to multiple reports Wednesday afternoon.

Gannon University, where DiPlacido worked, provided a statement to GoErie.com confirming the woman's identify. She worked at the Erie County college as project coordinator in community and government relations.

" ... Caroline was a powerful presence of kindness and friendship to colleagues, students and the wider community and cherished many family ties to Gannon. ... The news is devastating, and she will be missed," Gannon's chaplain, the Rev. Michael Kesicki, said in the statement.

A 58-year-old woman from Pennsylvania was attacked and killed by a bull shark while she was snorkeling in the Bahamas on Tuesday during her week-long vacation, police said.

The victim's name has not been released, but police spokesperson Chief Superintendent Chrislyn Skippings told the Associated Press that the woman had been snorkeling along with at least five to seven other people at a popular spot in Green Cay near Northern Bahamas when the attack occurred, calling it "unfortunate."

The woman was on a week-long trip in the Bahamas on a Royal Caribbean Cruise line that had departed Florida on Sunday. She had arrived in the Bahamas on Tuesday morning, and taken a private tour boat to the island to snorkel, NBC News reported. Her husband and two children where nearby when the shark attacked, and they helped pull her out of the water, along with members of the tour boat's crew, the Bahamian news site Eye Witness News reported.

Royal Caribbean International told PhillyVoice that the woman was transported to a nearby hospital, where she later died. The cruise line is providing support to the victim's family.

The area where she had been snorkeling is a half mile northwest of Rose Island, a private island off Nassau. It has been closed to snorkelers indefinitely. No one else was injured by the shark.

There have been at least 32 shark attacks reported in the Bahamas since 1749, according to Florida-based International Shark Attack File. That more than double any other island in that region – there have been 13 shark attacks in Cuba and 11 in Puerto Rico during that time period.

Michael Heithaus, a marine biologist at Florida International University in Miami told the Associated Press that the reason the Caribbean and the Bahamas see so many shark attacks is likely because there are a lot of people in the water and the region's robust marine ecosystem.

Shark attacks are rare, Heithaus said. The majority is shark species in the Bahamas do not pose a threat humans, with the exception of bull sharks and tiger sharks.

The last shark attack on record in the Bahamas was in 2018, and was not fatal, according to the Florida Museum of Natural History at the University of Florida. Bull sharks are among the most common species to attack humans unprovoked.

The museum notes that a bull shark was likely the culprit of a string of shark attacks that occurred in New Jersey in 1916, killing four people over a two-week span.