Watching Super Bowl LV: There's cable and a plethora of streaming options to see the game for free 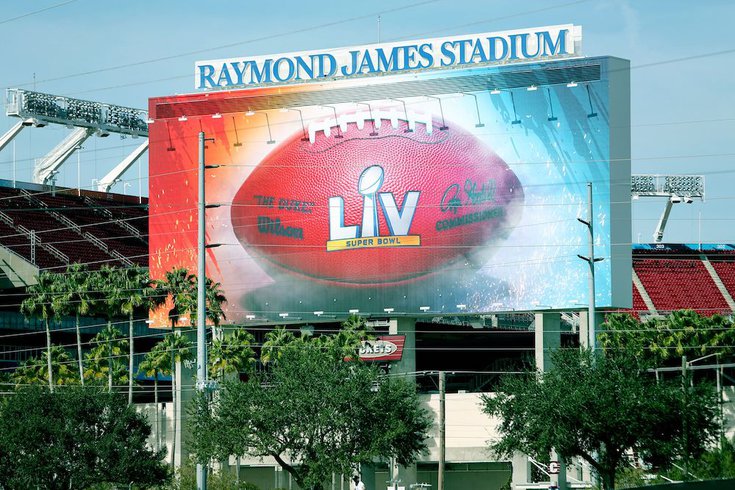 Super Bowl LV will be broadcast on CBS, and it can be streamed for free at CBSSports.com or using the CBS Sports app, Yahoo Sports app or the official NFL app. Subscribers to live-TV streaming-services, like Hulu + Live TV, FuboTV, Sling TV, YouTube TV and AT&T TV, also can watch the game as part of their subscriptions.

Super Bowl LV between the Kansas City Chiefs and the Tampa Bay Buccaneers takes place Sunday, with the game's kick off scheduled for 6:30 p.m.

The NFL championship game takes place at Raymond James Stadium in Tampa, Florida, which is also the home of the Bucs. This is the first time in Super Bowl history that the stadium hosting the game is also the home field of one of the team's playing.

Perhaps that is a bit of bittersweet history for Tampa Bay fans. That's because due to the COVID-19 pandemic only about 22,000 spectators will be allowed inside Raymond James Stadium, which at full capacity holds 65,000.

The NFL has set aside 7,500 of those tickets for vaccinated health care workers as a thank-you for their work during combating the coronavirus.

Also as a result of the limited audience, Super Bowl ticket prices are the highest they've been in history, for around $14,000 a piece compared to their usual $5,000 price tag on the secondary market.

Even without the coronavirus and the super-inflated ticket prices, you'd probably be checking out the game at home, anyway. Here are your options for watching the Super Bowl:

How to watch the Super Bowl with cable TV

CBS will broadcast Super Bowl LV, and that means locally the game will be on CBS3, along with a day's worth of pregame festivities and football programing. According toUSA Today's TouchdownWire, this is what that will look like:

ESPN Deportes will broadcast the game in Spanish, marking the first time the Super Bowl is airing on a Spanish language network in the United States.

How to stream the Super Bowl live

CBS will stream Super Bowl LV on for free at CBSSports.com and the CBS Sports app using a smart phone, tablet, laptop or TV-connected device. The network also has its own streaming service, CBS All Access, which will also stream the game. CBS All Access costs $5.99 per month for a subscription, but the service also has a free trial option. Those who sign up in time for the game could also watch it there for free, as well.

Viewers can also stream the game for free using the Yahoo Sports app and the official NFL app.

Most live TV streaming-services – like Hulu + Live TV, FuboTV, Sling TV, YouTube TV and AT&T TV – carry the local CBS station, so these are also options to watch the game for subscribers. These streaming subscriptions cost money, but most also offer free trials that would allow you to watch the Super Bowl.

Can you watch Super Bowl LV in 4K Ultra HD?

No, this Super Bowl will not be broadcast in 4K Ultra HD. CNET reports that the COVID-19 pandemic is to blame because in order abide by mitigation restrictions this year, CBS is conducting more of its operations remotely this year. Super Bowl LIV last year, broadcast by FOX, did off a 4K option for some cable subscribers and livestreamers.