This years event will include groups commemorating other holidays, like Juneteenth, LGBTQ Pride and St. Patrick's day 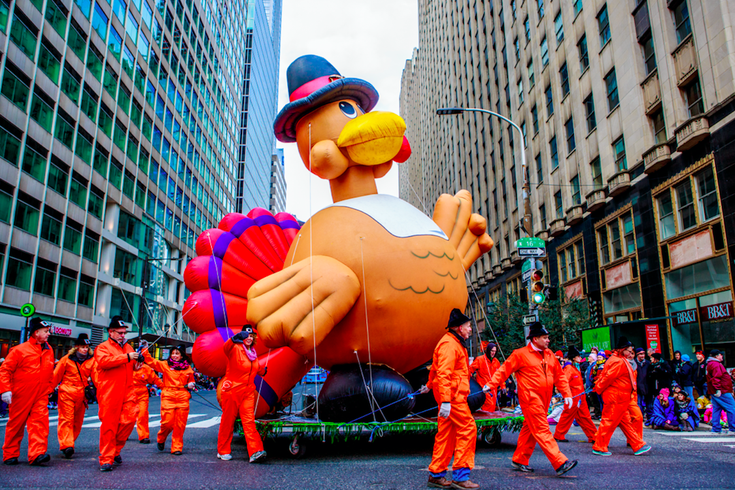 The 102-year-old Philadelphia Thanksgiving parade will be back in person this year, and available to stream on Hulu.

The nation's longest-running Thanksgiving Parade is back for an in-person celebration this year.

The 6ABC Dunkin' Thanksgiving Day Parade will make its way through the city and down the Benjamin Franklin Parkway starting at 9 a.m. on Nov. 25.

The 102-year-old parade was canceled last year and held virtually.

This year, audiences are welcomed back to the parkway for a procession of floats, live performances, marching bands, balloons and Santa and Mrs. Claus.

Parade organizers told WHYY that this year's parade will integrate other groups who were unable to hold events and parades earlier this year, including the Juneteenth Parade, Pride Parade and St. Patrick's parade.

For the first time ever, the Thanksgiving parade will be streamed live on Hulu, allowing people across the country to tune in and watch.

For those who want to head out and see the parade live, there are plenty of prime viewing options along the Benjamin Franklin Parkway.

The metered street parking in the city will be free on Thanksgiving, but city officials urge that public transportation is the most reliable way in, around and out of the city.