The Sicilian establishment can make South Philly feel 'like the most hip, romantic place around,' the publication wrote 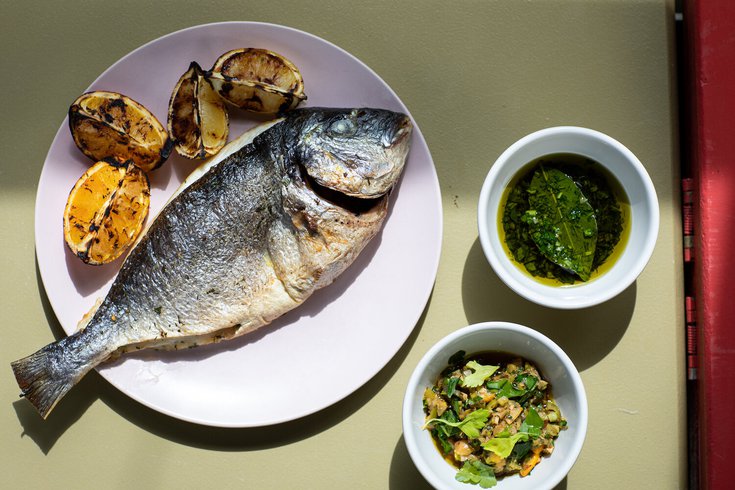 Located at the Bok Building in South Philly, Irwin's Upstairs is known for its Sicilian menu of seafood, handmade pasta dishes and natural wines.

Irwin's Upstairs is getting national recognition for its seafood and handmade pasta dishes, natural wines and extensive views of surrounding South Philadelphia.

The Sicilian establishment ranked No. 11 on Esquire's 2021 list of the "Best New Restaurants in America."

The publication nearly doubled its annual rankings from 23 last year to 40 restaurants in 2021, as part of an effort to support more establishments that have been impacted by the COVID-19 pandemic. The restaurants selected were from a group of hundreds across the country that were visited by a team of food writers and editors, the magazine said.

Esquire wrote that Irwin's Upstairs can make South Philly feel "like the most hip, romantic place around." The publication praised the restaurant's location on the 8th floor of the historic Bok Building, its menu, wine list, and the establishment's rooftop views of the city.

"The romance is unexpected. Graffitied room, perched atop an old art deco high school, a sprawling terrace with science-lab tables and plastic school chairs, lit by string lights and the moon (if you’re lucky), with sweeping views of the low-slung row houses and the Walt Whitman Bridge. And then chef Michael Ferreri’s modern Sicilian fare is rolled out by a gracious staff — a fritto misto with succulent shrimp and fried lemons, handmade al dente twists of trofie pasta, a perfect caponata. Natural wines are poured, Prince comes on and all of a sudden South Philly feels like the most hip, romantic place around."

"Restaurants are built on a team, not an individual," Ferreri wrote on the restaurant's Instagram account. "With that being said, this accolade wouldn’t be possible without my team. I couldn’t (and wouldn’t) do it without the hard work and dedication of every single member."

Irwin's Upstairs opened at 800 Mifflin St. in 2018. The restaurant and rooftop bar's name comes from architect Irwin Thornton Catherine, who designed the former South Philly vocational school that closed its doors in 2013 after 75 years.

The restaurant's modern Sicilian fare offers dishes like octopus, swordfish milanese, orecchiette and bucatini. Ferreri describes his menu as celebrating "the seasons and the farmers that harvest the best of their terroir."

Irwin's Upstairs is open for dinner Wednesday-Sunday from 5-10 p.m.

After moving to the city in 2011, Ferreri worked at Tinto in Center City and Zahav in Old City, as well as at Zeppoli in Collingswood, Camden County.

Ferreri co-opened the now-closed Aldine in Center City and wrote his first menu at the also-shuttered Res Ipsa Cafe in Center City. Ferreri was named one of Philadelphia's Star Chefs Rising Stars in 2019.

Other local establishments that have previously been named among Esquire's list of America's best restaurants include Kalaya in South Philly, Pizzeria Beddia in Fishtown and The Love in Rittenhouse Square.