Notable spots such as the Museum of Art, Independence Hall and the Italian Market will be part of the experience 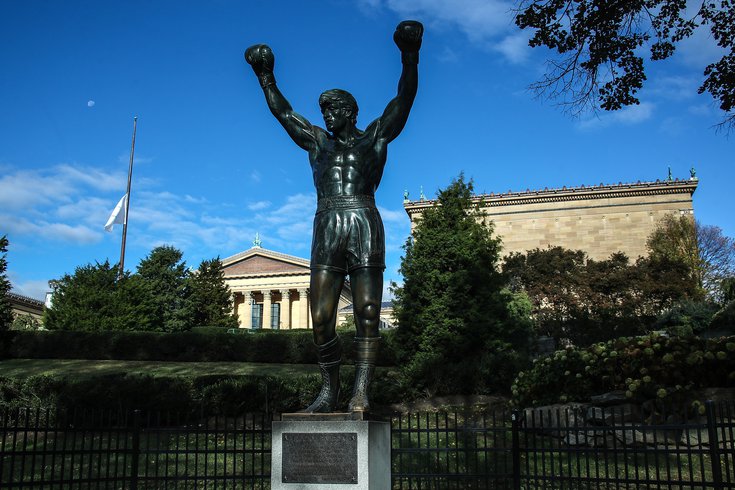 One of the highlights of 'The Rocky Tour Experience' will be visiting the Rocky Balboa statue and the adjacent Philadelphia Museum of Art steps that the Italian Stallion famously ran up in the film franchise.

The "Rocky" film franchise will officially turn 45 years old this weekend, and in honor of the celebration, fans will have the opportunity to see some of where the Italian Stallion's best-known moments in Philadelphia took place.

A new travel and entertainment app called Bounce will unveil "The Rocky Tour Experience" this Sunday in honor of when the film franchise's Academy Award-winning first installment premiered in theaters Nov. 21, 1976.

The app will allow fans, locals and tourists to go on a tour of over 15 "Rocky" filming locations across Philly. Among the notable landmarks on the tour include the Philadelphia Museum of Art and adjacent Rocky Statue, Independence Hall and the Italian Market.

At each stop along the tour, fans will be able to watch a movie clip that was filmed at that exact location. Participants will also get to listen to the film franchise's soundtrack, hear behind-the-scenes stories about each landmark and test their "Rocky" knowledge with trivia.

Fans can participate in the experience on their own or in a group of up to six other people for just $29.99. The app will be available to users Sunday in the Apple App Store, but "Rocky" fans can sign up to preorder the experience through Bounce's website.

Bounce developed the experience in partnership with MGM Studios, the distribution and production company behind the "Rocky" film franchise.

The original "Rocky" and subsequent installments in the series all had scenes filmed — some more than others — in Philadelphia. Filming notably took place in parts of Center City, South Philly and Kensington, as well as at Penn's Landing, the Philadelphia Zoo and Laurel Hill Cemetery, just to name a few.

Last week, Stallone finally released his much-anticipated director's cut of the 1985 blockbuster "Rocky IV" that features Balboa's fight against Soviet boxer Ivan Drago. The re-edited film consists of never-before-seen footage that was not in the original movie. The director's cut is now available to stream on Vudu.