As the south struggles to clean up the mess left behind by two hurricanes, we remember Harry's words (and actions) 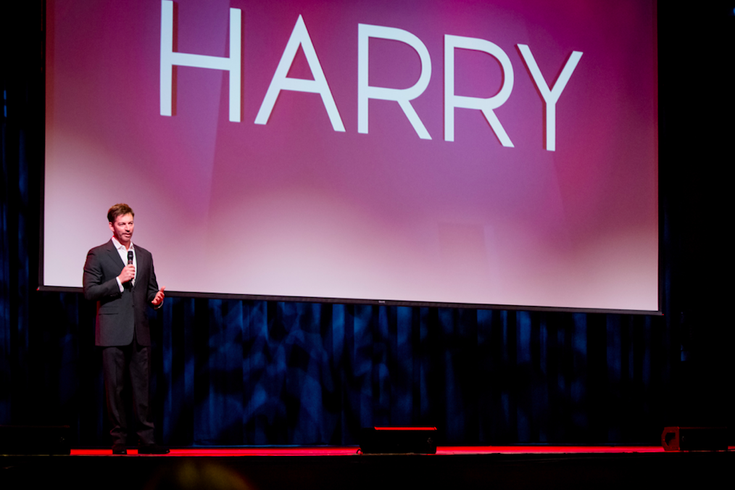 Harry Connick, Jr. speaks to the audience at the "Her Story" luncheon at The Fillmore on Wednesday, May 3, 2017.

As debonair as he was meek – as cool as he was warming to the women in the room – Harry Connick Jr. delivered a solid message of appreciation for women at the Fillmore in Fishtown this week.

That was his intended purpose as an invited guest of Kathy Romano, host of 95.7 BEN FM’s “Her Story” program, which airs Sunday mornings at 7:30 a.m.

But it was his interview with PhillyVoice that got his voice cracking, remembering the aftermath of his hometown of New Orleans, which, in 2005, had just been hit by the largest, deadliest and costliest hurricanes to ever hit American soil – Katrina.

"It didn't feel like I was doing anything heroic," he said. 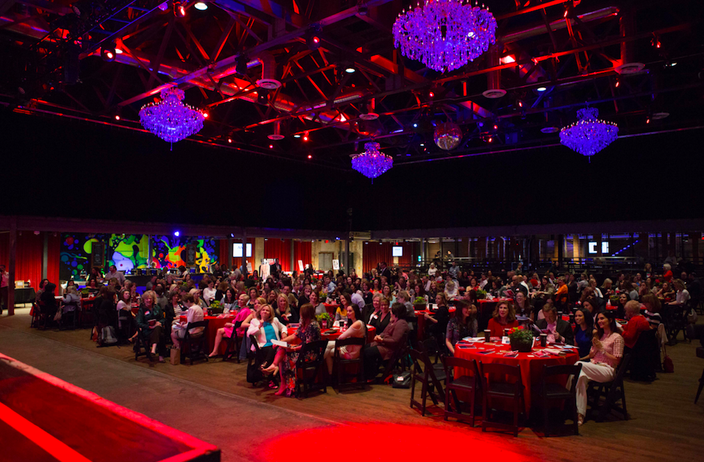 "There were many more people who did a lot more than I did, but it was a horrible feeling – a feeling of desperation, because, for a while there, it looked like the whole city may not come back at all, and if it did, it didn't look like it was going to be coming back strongly....I was just doing what I could in my small parts."

In the wake of the tragedy, Connick Jr. toured the city and helped raise public awareness of citizens who may have been stranded in remote locations. His actions earned him a Jefferson Award for public service.

"There was a lot of property damage. I was very fortunate in that nobody I knew was injured or killed, although we lost a lot of lives down there," he said.

"Material memories got washed away, but that's part of living in New Orleans. I still go back about once a month."

Asked why he came to Philly for the "Her Story" luncheon, Connick Jr. called it a "no-brainer."

"I’m the guy at the cocktail party who is invariably talking to the women,” the “Hope Floats” actor joked. 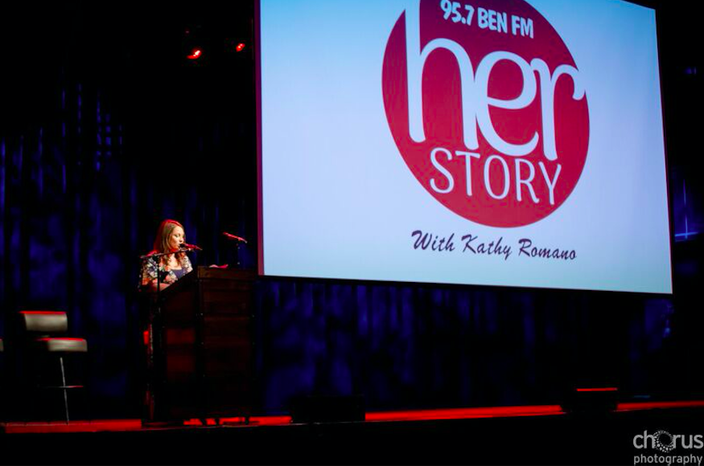 Kathy Romano, host of “Her Story,” which airs Sunday mornings on 95.7 Ben FM, secured the keynote speakers, sponsorship and refreshments for the day's events.

This was Romano’s first annual “Her Story” luncheon, with Connick Jr. as the keynote speaker at the Fillmore. He was preceded by stories from Fox29 anchors Alex Holley and Lucy Noland, who shared how they both came from humble beginnings and worked hard to earn top-ranking jobs in the television news industry.

With a female-to-male audience ratio of about 50 to 1, Connick Jr. had ladies swooning with tales of his three daughters and raising them to be strong, independent women who “don’t need a man’s help.”

“It’s ironic to me that women still need to be celebrated in a special way, only because it was not a big deal to me,” the jazz musician said. At the age of 13, Connick Jr. lost his mother to ovarian cancer.

It’s a strange phenomenon, but we haven’t gotten to the point where it’s equal.'"

“It was just a reality for me growing up. As a matter of fact, when it came time for me to pitch my show, ‘Harry,’ which is on daytime television, they said, ‘Well, what are some ideas you have?’ I said, ‘Can we do a segment called Leading Ladies, where we feature women –because, again – it’s a strange phenomenon, but we haven’t gotten to the point where it’s equal.'”

Connick Jr.’s show, “Harry,” is a one-hour, nationally syndicated daytime talk show that launched in September 2016. It airs weekdays at 2 p.m. on Fox and features current news segments, events, and celebrity guests and is often kid-friendly.

“We don’t preach on my show – I mean, I have my own beliefs – but I don’t think the best way to get the message across is to beat people over the head...I think it’s to show what I feel by example, and when I have these leading ladies on, as a young woman, how can you not take something away from that and say, wow, I can do that, too?”

Have a story of an extraordinary woman that needs celebrating? Tweet Kathy @kathyromano11 or @957BenFM