West Philly son Ed Bradley, from '60 Minutes,' is getting a hometown mural 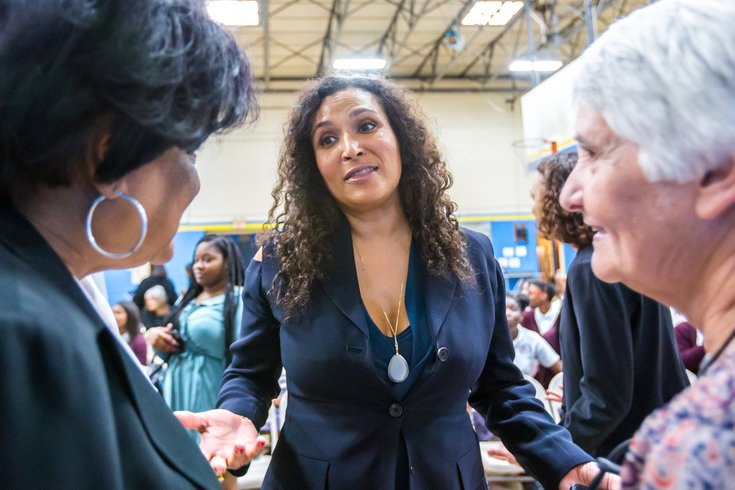 The late, legendary “60 Minutes” television news correspondent Ed Bradley was honored Tuesday morning with the announcement of a mural that will be created of him in the West Philadelphia neighborhood in which he was born and raised.

Surrounded by scores of students at St. Ignatius School on 43rd Street in West Philly, where Bradley attended elementary school, CBS anchor Ukee Washington served as the morning’s emcee and touted Bradley as a highly esteemed journalist, most notably for his 26 years on “60 Minutes,” where he received dozens of awards, including Emmys, Duponts, Peabodys and others.

Bradley was the first black television reporter to cover the White House and eventually anchored his own broadcast, “CBS Sunday Night News with Ed Bradley.” 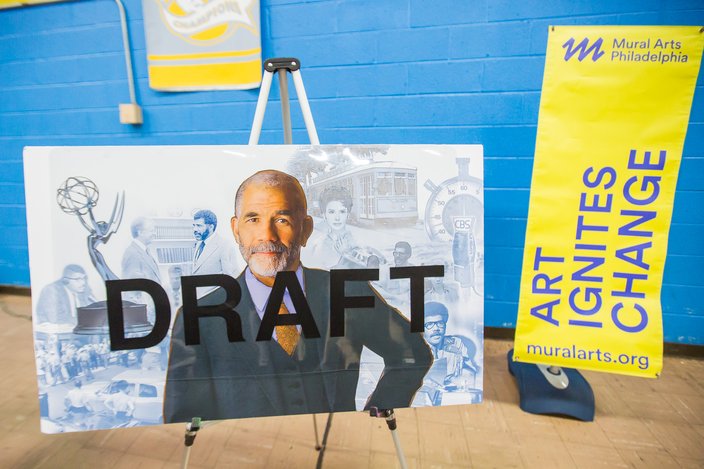 A draft version of a new mural project by Mural Arts Philadelphia featuring Philadelphia-native Ed Bradley was unveiled on Tuesday, May 2, 2017, at St. Ignatius School.

But it was a story from his widow, Patricia Blanchet, following the press announcement, that few probably know.


A “tenacious” Bradley pursued Blanchet after meeting her at a fundraising benefit for the National Museum of African Art in Washington, D.C. in the early 1990s. She had invited him and 10 of his friends, knowing he was a collector and "champion" of African art and would be a good person to have at the benefit. At the time, Blanchet was 24 years his junior, but that didn’t matter. She said when he spotted her, they had an “across-the-crowded-room moment.”

“I saw him, he saw me, and everything else faded away. Nothing else mattered, except for this incredible electricity between us,” she said.

“I completely thought, ‘well, what was that?’ I just then continued with my life, but Ed – Ed knew the kind of partnership that we would develop, which was very intimate and very profound.”

Asked what Bradley would think today of a 25-foot high mural being erected of him, Blanchet said,

“He’d be truly surprised and tickled pink [over this].

“One of the things about Ed, as great and as accomplished as he was – he was never, ever a big man in his own head. He didn’t really think of himself as being iconic or legendary. He was only after doing his work and doing it really well." 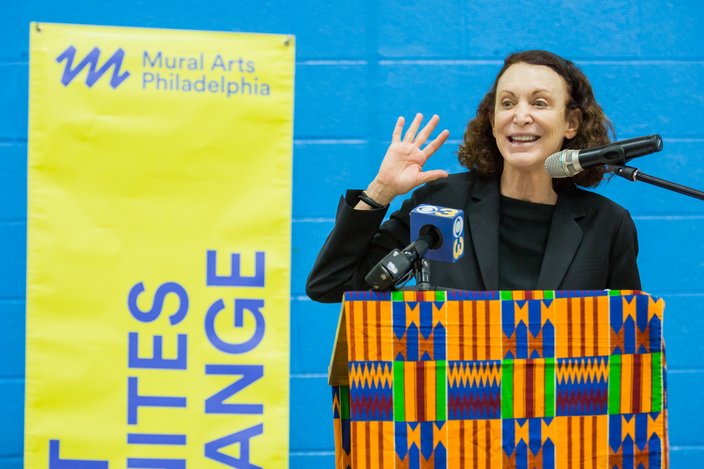 
“This mural will be a fitting tribute to his inspiring and trailblazing life, and to the extraordinary stories that he told,” said Golden.

“I think a city is made up of the people who live there, and we need to acknowledge our heroes in big, bold, tangible ways, and Ed Bradley is one of our heroes.”

“He was a pretty good student,” she laughed.

The mural, designed by Belize artist Ernel Martinez, will be put together on 6 ft. by 6 ft. squares of parachute cloth, enabling students and members of the public to participate in the creation in paint-by-number style. It will depict images and highlights from Bradley’s life and career, and will be dedicated and unveiled at 949 Belmont Ave. on Nov. 9, on the 11th anniversary of his passing. Bradley died at the age of 65 from complications from lymphocytic leukemia.