The Jersey Shore is at a slightly higher risk for hurricanes this summer, forecasters say 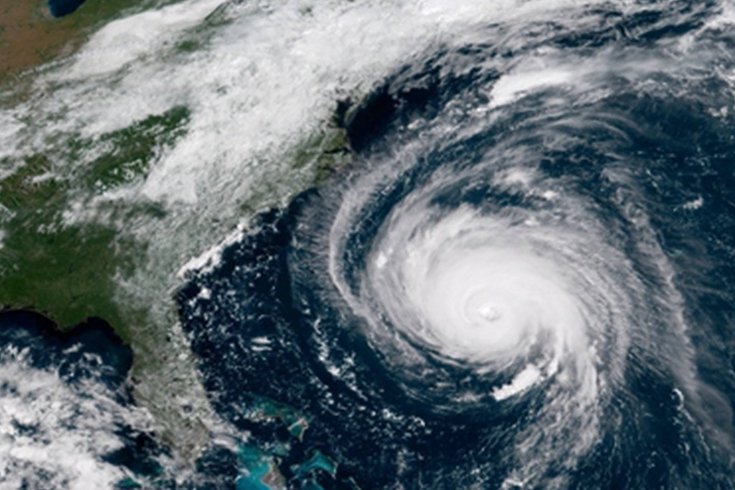 The NOAA says there is a 60% chance for an above average hurricane season in 2021. Last year saw a record 30 named storms.

Forecasters at the National Oceanic and Atmospheric Administration say to prepare for an above average hurricane season in the Atlantic this year.

Hurricane season officially kicks off June 1 and runs through November. The NOAA says there is a 60% chance of an above-average hurricane season.

The NOAA predicts 13 to 20 named storms during the 2021 season, including 6 to 10 that will become hurricanes — storms with forces that hit at least 74 mph. And 3 to 5 of those hurricanes could reach Category 3 — storms with winds exceeding 110 mph — or higher.

"Now is the time for communities along the coastline as well as inland to get prepared for the dangers that hurricanes can bring," Secretary of Commerce Gina Raimondo said. "The experts at NOAA are poised to deliver life-saving early warnings and forecasts to communities, which will also help minimize the economic impacts of storms."

The Philadelphia area is rarely impacted by hurricanes, but a forecast from Colorado State University places the Delaware and New Jersey coastlines at a slightly higher risk this year.

Last August, Tropical Storm Isaias brought significant rainfall, power outages and flooding to the Philadelphia region and spawned a tornado at the Jersey Shore, with winds reaching as high as 109 mph off the coast.

Strong winds from #Isaias brought down a steeple on 32nd and Central Ave. in Ocean City. #6abcaction #NJwx @6abc pic.twitter.com/mgw35DT3hK

In an average season, there are 14 named storms, seven hurricanes and three major hurricanes. NOAA recently changed these qualifiers after there were 30 named storms in 2020 — an all-time high.

After forecasters ran through the English alphabet last year, they had to start naming storms after Greek letters. This year's season isn't expected to beat last year's numbers.

"Climate change does not have a direct impact on the number of named storms," according to the latest research, Matthew Rosencrans, lead seasonal hurricane forecaster at NOAA's Climate Prediction Center, told NPR. "Most of the increase in storms is really a reflection of the better technology to detect the storms."

However, bigger, more deadly hurricanes have become more common in recent years — often turning storms into major hurricanes much faster than usual, which could be a product of climate change, scientists say.

There are several factors influencing the busier storm season, the NOAA says. The rising temperatures on the ocean's surface fuel hurricanes, and this year's numbers are 1 to 3 degrees Celsius above normal for May.

The season's first storm, "Ana," is already brewing hundreds of miles east of Bermuda and forecasters say it could become a subtropical cyclone.

For information on how to prepare for a hurricane and stay safe during a storm, head to www.ready.gov/hurricanes.