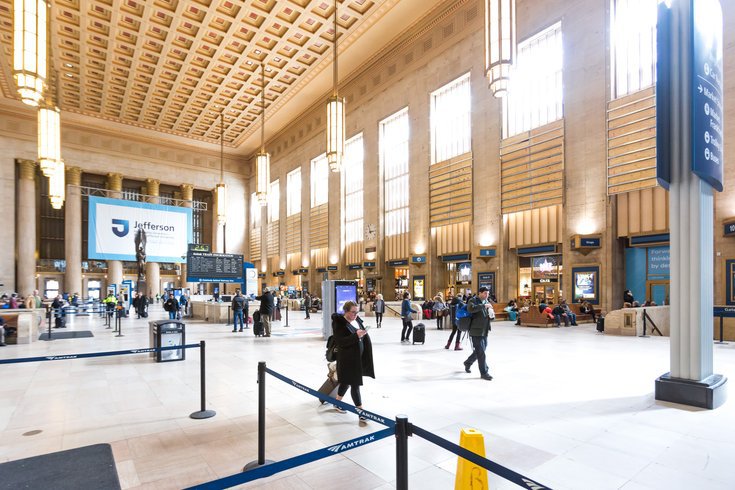 Philadelphia's William H. Gray 30th Street Station is in the midst of a long-term renovation that will include interior and exterior upgrades to the historic Amtrak station. A contractor in one federal grant-funded project has resolved claims that it didn't use American-made parts or obtain a waiver for its work at the station.

An electrical contractor based in Aston will pay more than $50,000 to resolve claims that it did not adhere to federal regulations to source American-made parts for a renovation project at 30th Street Station in Philadelphia.

Wescott Electric Company agreed to make the payment following claims that arose from its use of Chinese-made parts during a fire sprinkler installation and other renovation jobs at the stations.

Companies that contract with Amtrak are responsible for complying with the federal preference for American-made parts in these projects. If they wish to source parts from elsewhere in the world, they must obtain a waiver to the rule. The project at 30th Street Station was funded by a grant from the U.S. Department of Transportation.

Federal investigators said Wescott did not receive approval to use the parts from China.

"Amtrak and the Department of Transportation have established a preference to support American jobs by using American-made parts, and taxpayers have a right to know that policy is being honored," said Acting U.S. Attorney Jennifer Arbittier Williams. "If contractors believe that doing so is impossible, they have a responsibility to raise the issue with contracting officers openly and to work with government authorities on a mutually agreeable resolution."

Williams said Wescott was prompt in its cooperation with investigators and has put stronger compliance measures in place. The company will pay $54,983 to resolve the claim.

The William H. Gray 30th Street Station, Amtrak's third-busiest station in the national network, has been in the process of a long-term renovation that will take place in multiple phases. Last year, Amtrak selected a developer to lead a $400 million renovation project at the station that will include improved amenities, revamped retail offerings and expansion of the station's commercial potential, among other facilities and office upgrades.

President Joe Biden visited 30th Street Station last month to celebrate Amtrak's 50th anniversary and advocate for his American Jobs Plan, an infrastructure bill that would provide $80 billion to Amtrak for upgrades to the federal rail service's Northeast Corridor and other travel networks.