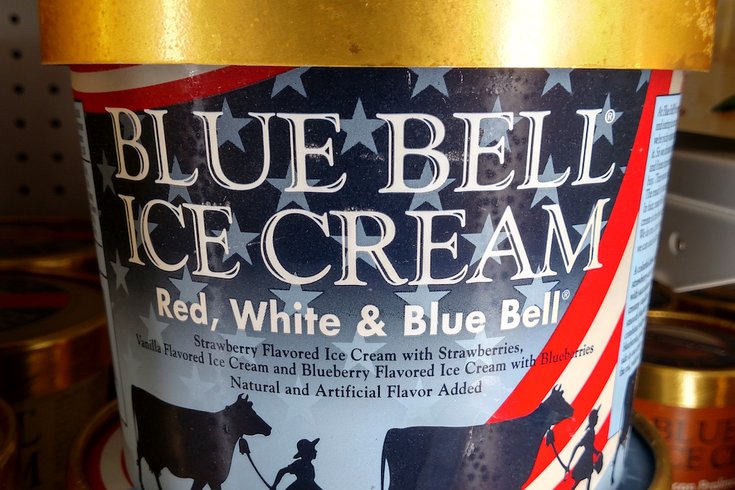 Summer, ice cream’s best season, is a little less pure this year with the onset of the viral #icecreamchallenge.

The social media challenge was initiated in early July by footage of a teenage girl allegedly licking a carton of Blue Bell ice cream in a Texas store and putting it back in the freezer.

This germ-y crime has left consumers fearful of ice cream consumption and retailers contemplating how to assure the safety of their products.

Ultimately, this viral challenge, like many others, raises public health concerns.

RELATED READ: 'Vacuum challenge': Why parents should NOT facilitate this internet trend

“Saliva can carry multiple bacteria and viruses and result in the spread of infections such as colds, influenza, measles, and mononucleosis, among others,” Pharmacy Times reports. But ice cream’s low temperature and sugar content may reduce the risk of infection, the source adds.

Vice reports that Blue Bell, like many other ice creams companies, doesn’t include a plastic seal on top of their cartons. The company notes that during production "the ice cream freezes to the lid creating a natural seal,” which they believe would make it "noticeable" if the carton had been tampered with.

Countering this viral challenge is a collection of viral photos of the precautions that stores and officials are taking to protect the at-risk dessert, including police surveillance and locked ice cream cases:

The only Blue Bell Ice Cream being licked here in Keller this holiday weekend will be the kind you’ve already purchased. Cpl. Clark and Officer Bryan are seeing to that. #NotOnOurWatch @ILoveBlueBell pic.twitter.com/9BbBqN8mh0

Aside from being gross and a public health concern, the challenge is landing people in legal trouble. The teen who started the trend — whose identity hasn’t been released due to her age — will face charges as a juvenile.

In Louisiana, Lenise Lloyd Martin III, a 36-year-old unemployed man, posted a video of himself participating in the #icecreamchallenge by licking and sticking his finger in a pint, the New York Times reports. He later showed that he bought said pint, but told police that he didn’t feel he had done anything wrong and was just trying to get famous.

Martin was charged with criminal mischief for tampering with a product before he had purchased it, and with “unlawful posting of criminal activity for notoriety and publicity,” per the Times.

In response to the #icecreamchallenge are social media videos of the precautions people are taking to ensure that their ice cream is “safe”:

How I’ll be buying ice cream for the near ever #icecreamchallenge pic.twitter.com/n8jQrBp0NN

How I buy ice cream now after watching the #icecreamchallenge videos on Twitter... #icecreamlicker #icecream pic.twitter.com/j7HZ04ultG

The concerning thing to think about is that people could have been doing this all along, even before social media, and we didn't have the self-promoting platforms to let us know.