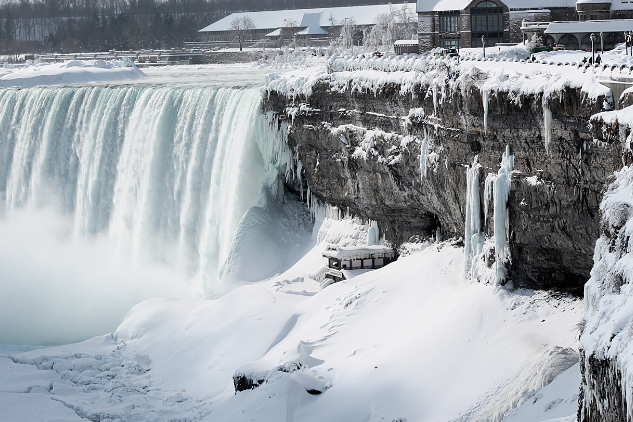 Niagara Falls appears in a deep freeze after weeks of extreme cold.

Read More
In the dead of winter, drivers on I-76, Lincoln Drive and Kelly Drive are probably content to rubberneck at streaks of ice frozen into the embankments along the side of the road.

Others more daring are bent on seeing this extreme formation on a grander natural scale.

Following weeks of temperatures near or below zero in the Northeast,  Philly.com reports that Niagara Falls has become a 'frozen' spectacle at the border of New York and Canada.

Although sections of the three waterfalls that make up the natural attraction appear to have frozen in place, the Niagara River continues to flow over the precipice to the Arctic-like buildup below. The scene has become a tourist magnet for the second straight year after several relatively mild winters.

According to the report, an Ohio couple even ventured up to New York to celebrate their 22nd anniversary in the splintering mist.

NBC News has drone footage capturing the waterfalls in all their icy glory.