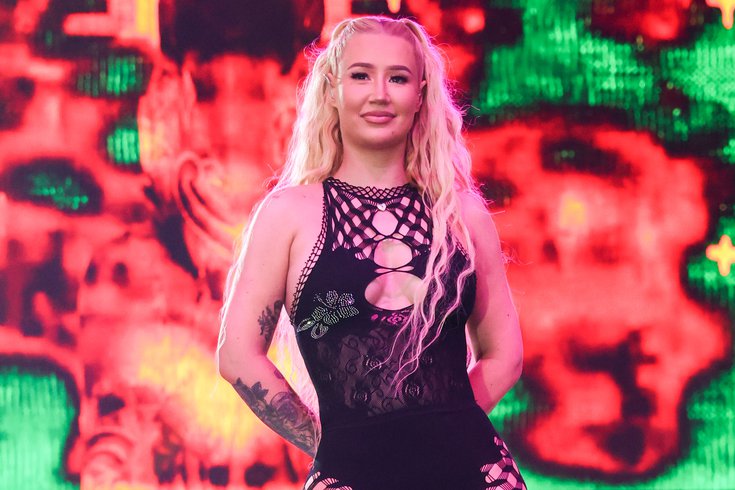 Iggy Azalea, an Australian rapper currently touring with Pitbull, posted Instagram stories of her trip to Millennium Skate World in Camden, N.J., on Monday. Azalea is seen performing at the Long Beach Pride Parade And Festival in California in July.

The artist posted Instagram stories of herself and a few others, including her young son, gliding around, dancing and singing at Millennium Skate World in Camden. The venue at 1900 Carman Street off of Route 30 confirmed Azalea's trip on Tuesday.

"They had a lot of fun and enjoyed themselves skating," Tracy Medley, a managing partner at Millennium Skate World, said. "I didn't see her fall or anything – she's a good skater!"

Medley noted that the rink had been reserved for a two hour private party for Azalea and her road crew, including her manager and dancers, so they could have a little fun while stopping in Camden on tour.

The rink also made Azalea's trip Facebook official by reposting the rapper's videos.

"Iggy Azalea had FUN skating," the venue wrote on social media, accompanied by a repost of Azalea's Instagram story.

Other social media users reacted to Azalea's South Jersey appearance, some noting the song playing while she skated.

As this user notes, "Good Form" by fellow rapper Nicki Minaj played in the background of some of the videos.

Other users were shocked that a famous person was at their local skating facility.

User Keith O'Bryant captioned his repost of Azalea's Instagram story asking whether she was really at the Camden skating rink. Commenters on the post lamented missing out on Azalea's appearance and wondered what she was doing at their local spot.

Azalea skyrocketed to fame with the chart-topping single "Fancy," featuring Charli XCX, and debut studio album "The New Classic" in 2014. She has had 13 songs hit the Billboard Hot 100 and has four Grammy nominations, along with numerous other accolades.

Azalea's third studio album was released in August 2021, appropriately titled "The End of an Era," since the singer told Billboard that it's her final project.

For now, Azalea can be seen with rapper Pitbull on his Can't Stop Us Now Tour, which lands at the Freedom Mortgage Pavilion on the Camden waterfront on Aug. 2.