The Mexican restaurant is now Tacodelphia, and its owner hopes the more politically correct name will help expand his business 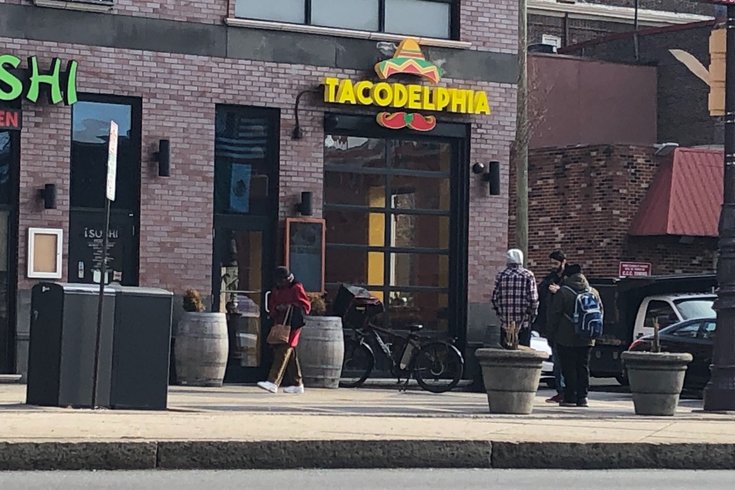 Tacodelphia, the Broad Street shop formerly known as Illegal Tacos, has a new name after facing backlash since opening in 2017.

After more than a year of backlash and some protests, the Broad Street taco shop heretofore known as Illegal Tacos is changing its name.

The shop, the first restaurant of Florian Furxhiu, himself an immigrant from Albania, will now go by Tacodelphia, Furxhiu told Philly.com.

When the restaurant opened in late 2017, Furxhiu told multiple outlets that he was aware of the risk taken with naming the shop Illegal Tacos, but maintained that it was intended as a humorous jab at today's political climate. At the time of the restaurant's opening, he told Eater the tacos were "so authentically Mexican, they're illegal."

The name nonetheless garnered criticism, even sparking a few protests, including one last September spearheaded by Latinx community non-profit Juntos. An online Change.org petition, one of a few circulating regarding the shop's name, received more than 1,700 signatures.

Despite the backlash, Furxhiu insists its not the protests that caused him to rethink the name. With expansion in mind, he said a more politically correct name would help him make more business. "Corporations are not going to order from 'Illegal Tacos,'" he told Philly.com.

A new sign outside the restaurant, located at Broad and Lombard streets, now reads the new Tacodelphia name, the logo still wearing a sombrero.