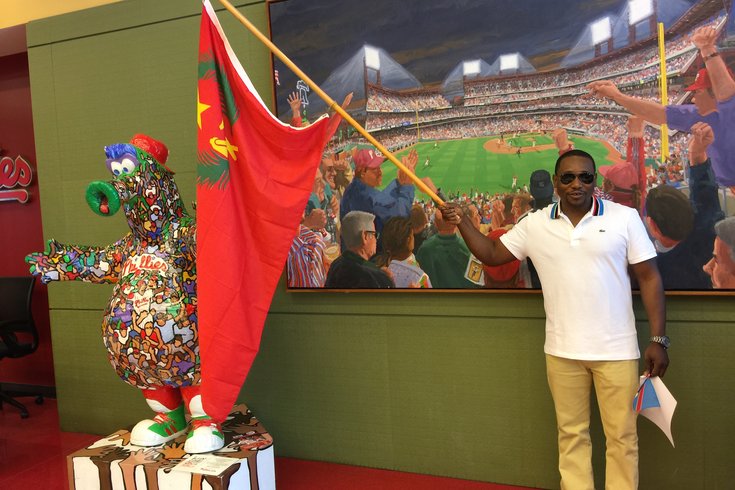 Ben Tarr, an immigrant from Congo, holds a flag from his homeland after the PHL International Unity Cup draw. His team will compete in a group that includes Indonesia, Lithuania and Argentina in the soccer tournament which starts Sept. 10 and culminates with the first-ever soccer match at Citizens Bank Park on Nov. 5.

Starting next week, the eyes of a soccer hemisphere will turn toward a Copa America Centenario tournament that features a trio of matches at Lincoln Financial Field.

Across the street at the home of the Phillies on Wednesday, though, Mayor Jim Kenney joined with members of Philadelphia’s immigrant communities and the Department of Parks and Recreation to decide the draw for the PHL International Unity Cup.

The inaugural World Cup-style soccer tournament will pit teams of immigrants from 32 nations at sites scattered across the city starting Sept. 10 and culminating with the first soccer match to be played at Citizens Bank Park on Nov. 5.

That November day – the Sunday before an election that’s seen discussions of walls being built to keep illegal immigrants out and heated rhetoric about Philadelphia’s sanctuary city status – will feature a festival with international flair outside the baseball park.

Kenney, who also read a proclamation declaring June as Immigrant Heritage Month in Philadelphia, said the soccer tournament is a fun way of highlighting contributions made by those communities.

“It’s very important symbolically. We celebrate diversity, immigration and show our appreciation [for immigrants who] pay taxes, run businesses and employ people,” he said. “We’re an international city and a diverse city that welcomes people and doesn’t shut them out.”

As for what he thinks it should mean to those teams playing in the tournament, he noted that they sometimes “need a little pat on the back to say that we’re happy you’re here.”

“We're happy to know we're welcome in the city of Philadelphia. We’re not the enemy.” – Ana Flores, an immigrant from Mexico

Added Miriam Enriquez, director of the Office of Immigrant Affairs: "Throughout the month, we'll be celebrating both our diversity and our shared American heritage. The Unity Cup is a great example of inclusion, tolerance and peace -- all ideals that stand at the center of the Philadelphia story."

As people lined up to take photos with Kenney – and in many cases, the flags of the lands from which they came – many confirmed suspicions that the tournament would foment excitement within immigrant communities.

Ana Flores, who was born on the outskirts of Mexico City, said it made her “happy to know we’re welcome in the city of Philadelphia,” and also for the chance to showcase their skills in a game they’ve played since youth. 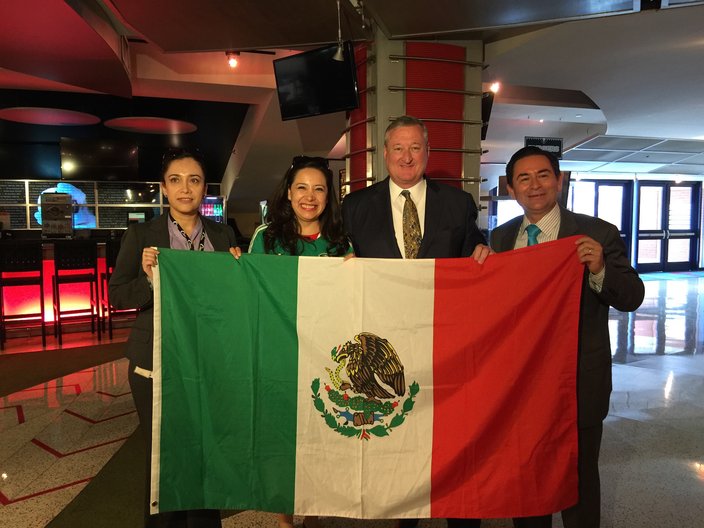 “We're happy to know that we're welcome in the city of Philadelphia,” she said. "We’re not the enemy."

Emanuel Onwabiko made his rounds in the Citizens Bank Park Diamond Club handing out flags from his native Nigeria, saying “it’s great” to bring so many people together in a multicultural celebration.

Osman Melgar of Honduras concurred, as did Metthar Varughese, who sported a shirt from his homeland India.

“It’s awesome. I’m so glad they’re doing this,” he said. “It’s a really good opportunity to bring people from around the world together, and to play soccer for their respective countries.”

Waving a flag that he said represented the African nation of Congo, near a Phillie Phanatic statue at the Diamond Club entrance, Ben Tarr was the first who confirmed Kenney’s prediction that the draw would spark some trash-talking amongst competitors.

“We’re very excited. Congo is going to win it,” he said, noting when asked to support his prediction that, “we have a very good team.” 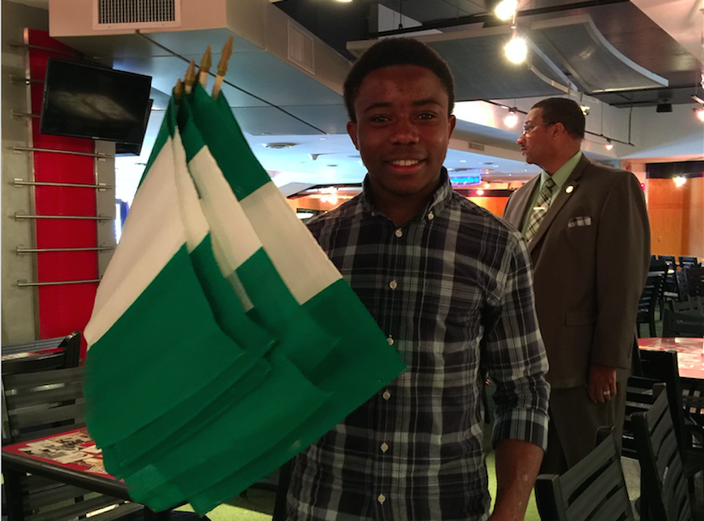 While dates and locations are still being finalized for group-stage matches, which will be played on weekends, the eight groups were set when Kenney picked colored Ping-Pong balls (orange for Africa, yellow for Europe, blue for Asia/US and green for the Caribbean and Central and South America) from fishbowls at the ceremony.