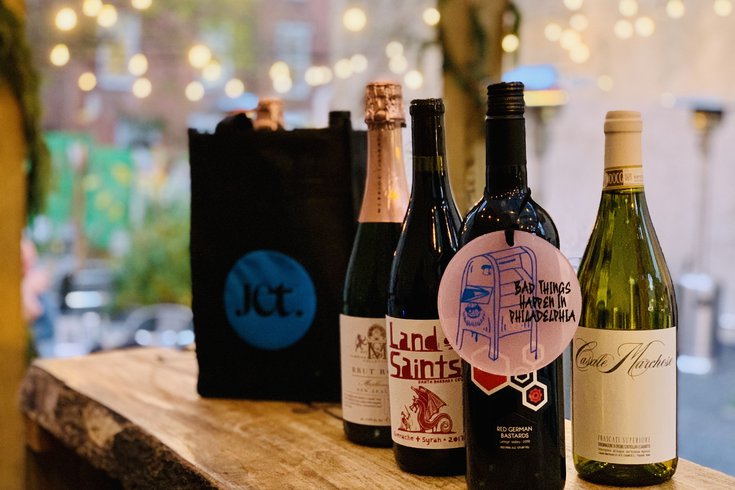 For the occasion, Philadelphia's Jet Wine Bar has created a special Inauguration Wine Package with four bottles that's available for pickup through Wednesday.

RELATED: Pizzeria Beddia to donate portion of sales to Philabundance this winter | Philly steps up security ahead of Inauguration Day in wake of Capitol riot

Weber also partnered with a local Philadelphia company, Resting Gift Face, to include a custom "Bad Things Happen in Philadelphia" ornament with an illustration of a dancing USPS mailbox with Gritty graffiti. A Jet Wine Bar tote bag is included, too.

"Biden hails from Scranton and his wife, Jill, was born down the interstate in Willow Grove. So, we stopped halfway between the two for some wine from Galen Glen Winery," Weber explained.

The other pick honoring Biden, an Italian variety, is a reference to his Catholic faith.

"He has visited the Vatican, and the Pope was among the earliest to call with congratulations on his 2020 win. We think a wine from Lazio, the location of Rome and the Vatican, is fitting," Weber said.

As for the wines representing Harris, Weber picked a bubbly bottle from the McBride Sisters, the largest Black-owned winery, and a variety from California.

"Harris was born in California into a family that melds Jamaican, Indian and American roots," Weber said. "We think Land of Saints reflects that blend of cultures as it is a collaboration between owners of Kiwi, Cornish and Mexican-American descent – based in California."