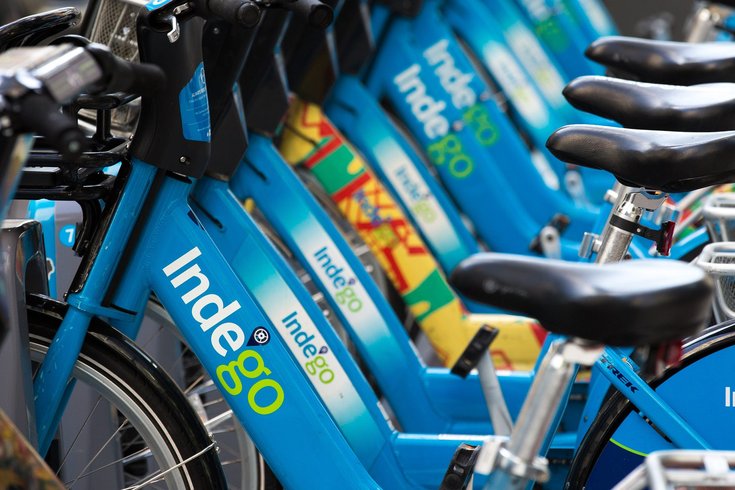 After a successful pilot program, Indego will increase its fleet of pedal-assist electric bikes by 400, the bike share company announceds. Since launching in 2015, Indego has grown to more than 130 bike stations with more than 1,300 bicycles.

Philadelphia's bike-share program Indego will continue its expansion in 2019 with the debut of 400 additional pedal-assist electric bikes.

Last fall, Indego launched a pilot for the electric bikes, testing how 10 of them would be used and how they would hold up throughout the elements.

The pedal-assist motors on the bikes allow riders to reach speeds up to 17 mph, giving the program another dimension for those who have adopted the city's latest method of public transportation.

“By any measure, the initial pilot was a success,” Michael Carroll, Indego's deputy managing director for transportation, said. “We saw that the Indego electric bikes were ridden up to 10 times as often as the standard bikes, and they traveled to every station across the city.”

Now in its fourth year, Indego has expanded to more than 130 stations and 1,300 bikes.

“Adding more electric bikes to the fleet will help address several barriers and open the door for new cyclists who may not have considered using Indego before," Waffiyyah Murray, Better Bike Share Partnership's program manager, said in a statement.

The electric bikes will be available at stations throughout the system for an additional $0.15 per hour. Indego ACCESS pass holders can use them for $0.05 per minute. To support the expansion, Indego is increasing the cost of the program's Day Pass and switching to per-minute pricing for all usage fees. The company had not announced the details of those changes on Thursday.

“Independence Blue Cross is extremely pleased to celebrate our fourth year with Indego,"said Daniel J. Hilferty, CEO of Independence Blue Cross. "The bike share system’s ongoing commitment to offering an accessible and inclusive program is evident in their launch of Indego Electric, which is an excellent way to open the door for more people to pursue healthy opportunities and find what we call their ‘fearless fit’."