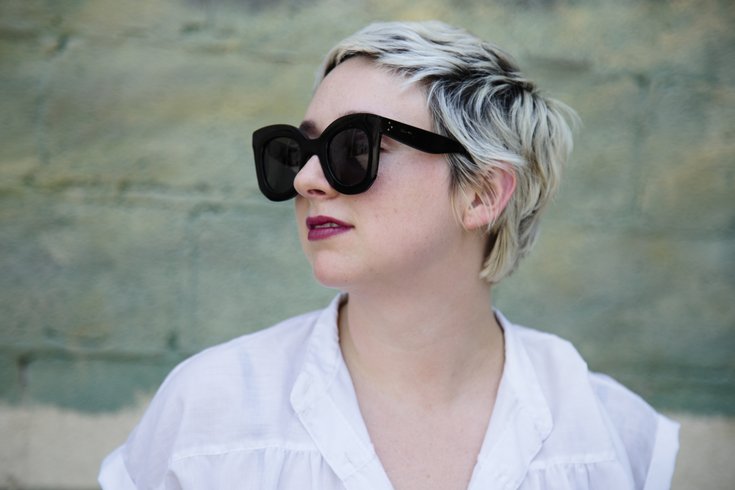 Allison's starting to happen. Crutchfield kicks off a solo tour with her backing band The Fizz on Saturday.

Allison Crutchfield is used to sharing the spotlight.

She has often been seen playing with her twin sister, Katie — in beloved West Philly rock band Waxahatchee and, before that, in the feisty PS Eliot. (That started when they were kids, coming of age in the Birmingham, Alabama, DIY punk scene.) And then there’s Swearin’, the fiery alt-rock act in which Allison often split frontperson duties with Kyle Gilbride.

She’s a well-known figure in indie rock, but hasn’t been front and center very often.

That’s about to change starting this Saturday, when she, along with her backing band, The Fizz, will play Everybody Hits (at Fifth and Girard) and kick off a tour under her own name for the first time. A full-length Allison Crutchfield record will be released by esteemed indie label Merge Records next year.

The album, as yet untitled, is a showcase of her singing and songwriting talents. The sound is sweeter and more polished than her work with Swearin’, which delightfully courted chaos with its punk and lo-fi sensibilities.

If you want to be a stickler; yes, Allison did have one other release under her own name, 2014’s under-recognized “Lean Into It” EP, but she says only now does she feel like she’s taking the lead. “Really, the solo band is the first time in my life where I’ve kind of been fully in charge,” she says.

The tour will take her west to California, south to Texas, and a lot of places in between. In and around the Pacific Northwest, she’ll play a bunch of shows with punk legend Kathleen Hanna’s band, The Julie Ruin. It’ll be a one-of-a-kind experience, she says, touring with an icon of feminism and punk politics through a country that’s so divided.

By the time the record is released, it could be a very different United States.

The record release will be one of the happiest, proudest moments in her career, but she admits she finds the social climate so alarming that it’s hard not to second guess her place as an artist. So many people look to musicians to make them feel OK when the ground is shaking.

“I feel like I’ve kind of been this person in most of my collaborative partnerships that’s just been filling in space as opposed to taking the lead,” she says. She jokes that being a twin is what made her so comfortable with collaboration.

Katie, she says, is a “natural born leader and problem solver,” who wrote most of the material for the hushed, bare bones punk project PS Eliot they started in 2007. In 2011, when the sisters splintered off into their own projects, Allison took the same role with co-singer and guitarist Gilbride with Swearin’.

“It’s important for artists to speak to their own experiences and to definitely know when they have a social responsibility, and when they don’t,” Allison says. The new record, written in 2015 — between an almost non-stop tour year with Waxahatchee and a difficult breakup — is steeped in her own personal experience, so she’s obviously the right woman for the job. This is her time to stand up, to take the lead.