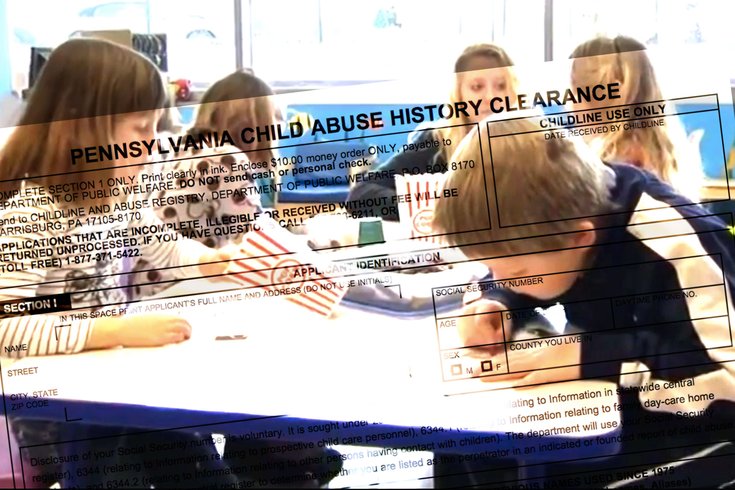 Background checks for those who work around children should take two weeks to process. The state is experience long delays, however.

Medical professionals, teachers and others who work with children are waiting weeks longer than usual for clearance because new regulations and a manpower shortage have overloaded the state-mandated background check process.

Under legislation passed after the Jerry Sandusky child sex abuse scandal, almost any employee, public or private, who comes into direct contact with children must be certified that they don’t have a history of abuse by passing a state child abuse background check.

These checks should take 14 days to complete but agencies that work with children are reporting long delays, frustrating the hiring of health professionals and daycare workers or the placement of children with foster parents, according to experts.

“You can wait longer, but in some situations your employment is in jeopardy,” said Bernadette M. Bianchi, executive director of the Pennsylvania Council of Children, Youth and Family Services, an association of service providers.

The delays are occurring despite a new automated system that improves the handling of state-run checks, commonly referred to as child abuse history clearances. But many clearances - reportedly half of all the requests - are still submitted on paper. These manual checks, as well as the human interaction needed to resolve discrepancies, have overwhelmed workers at ChildLine, the Department of Human Services agency that handles the clearances.

Kait Gillis, a spokeswoman with the Department of Human Services, said they were hiring new staff to deal with the caseload and that the automated system helped process requests faster. The problem was inherited by Gov. Tom Wolf’s administration, which took immediate action to fix it, she said.

"We have developed a plan which we believe will address the issue," said Gillis in an email.

For now, agencies focused on children are in a holding pattern.

“Yes, we have felt the impact,” said Judith Dunson Spangler, chief programs officers at Big Brothers Big Sisters of Southeastern Pennsylvania. “Previously we would get clearances back in two to three weeks.

“So far this year, it has taken five-plus weeks,” she said.

Spangler said the state was still adjusting to the law change and she was hopeful the problem would be corrected soon.

There was a 50 percent increase in applications in January 2015 compared with the same month the previous year, Gillis said in an email. Last week, a total of about 19,600 clearances were submitted - about half were submitted electronically while the other half were sent in on paper. About 10 manual applications can be processed on average every hour and, like those submitted online, they auto-clear if there isn't a problem.

Of all the applications submitted last week, almost two-thirds, or 12,500, auto-cleared. "If it auto-clears, it's done," said Gillis. "If it doesn't clear, it moves on to another staffer to conduct a review."

No longer are clearances mainly for teachers or professionals whose job primarily involves dealing with youth - now if a job requires direct contact with a child, a clearance is likely necessary. Another new group, unpaid adult volunteers who come into direct contact with children, will need clearances starting in July.

There is a 90-day grace period for new hires to start their jobs if their background check isn’t completed, according to the state’s website. That timeframe comes with stipulations, however, such as a ban on an employee working alone with children.

The state is adding staff to deal with the problem, Gillis said. Ten temporary clerical staff were added mid-February to input clearance applications. In addition, 20 positions were posted to attract new candidates.

Staffers are still facing mandatory overtime, however, because of the workload, Gillis said.

In addition to the check administered through the Department of Human Services, many positions require an FBI background check and a third clearance by the State Police.

The Pennsylvania State Education Association, a union for educators, warned its members about the coming law change and its potential to cause a backlog. "Members should apply for their background checks according to [deadlines provided by the union], even if the administrative agencies cannot complete the process by the required deadline, to demonstrate an attempt to abide by the renewal requirements," its website said.

ChildLine is also responsible for receiving allegations of abuse. Calls to the hotline have also shot up since new laws went into effect at the end of last year. The higher volume has caused some calls to be dropped and others to be placed on hold.

Without data, it is difficult to know how much improvement there has been since the state has begun hiring to fix the problem. Gillis did not say when she expected the backlog to be fixed.

“This is brand new for them,” said Spangler. “I don’t think they fully recognized what the impact is going to be.”

Bianchi said the state was communicating effectively about the problem. She said that it wasn’t a surprise there was a transition period. Many of the checks are renewals - those who have received an initial clearance must obtain updates at regular, multi-year intervals - which she said are often completed quickly.

“I have reason to believe it is getting better and will continue to get better,” she said.

That’s not to say that the problem doesn’t have a real impact on both employers and employees, she said. The 14-day timeframe provided predictability that was absent at times in the aftermath of the law change.

“Providers are very concerned about this,” said Bianchi.