We've all been there. The phone slides out of your hand and into the toilet, and with a shriek of horror, all suddenly feels lost.

But then you remember: Oh, right! The rice method!

Before you know it, you're scurrying to the kitchen, rummaging through cabinets for a box of rice and a bowl big enough to fit your enormous smartphone. It feels silly, sure, but you do it anyway.

What's the real deal, though? By now a go-to fix for your fried phone, the rice method sounds like a modern myth invented by a few mean-spirited hooligans on the Internet with too much time on their hands. Whether it's an actual solution to the problem is, truly, a mystery.

Eager to settle the matter, we reached out to Bruce Eisenstein, professor of electrical engineering at Drexel University's College of Engineering, for an answer. 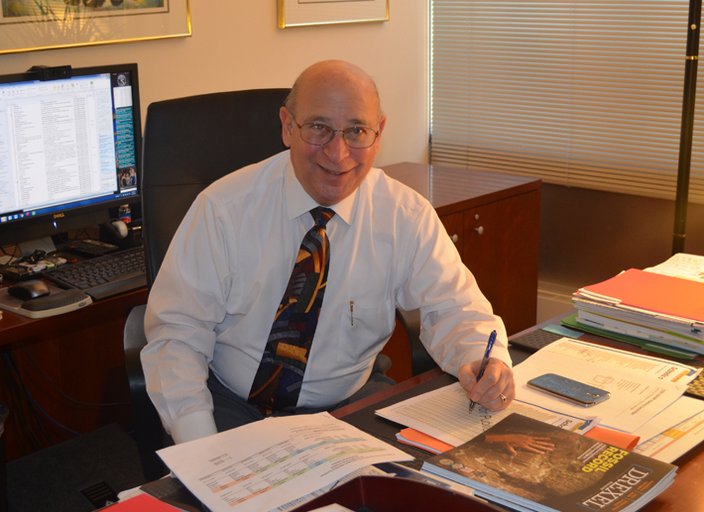 How effective, if at all, is the rice method for preventing a phone from being fried?

The second bad thing that happens is if the water stays in the phone for [five or six hours], even if it’s not fried on the initial contact, it could cause corrosion and create a bad situation inside the phone, so that at a later time when the phone is turned on, it will be damaged as a result of the corrosion.

If the phone is zapped on the first contact with the water, there’s really nothing you can do about it; the phone is dead. There’s no way of repairing it. But the second thing, though, is that if the phone is not damaged when it fell into the water initially, the trick is to get the battery out and dry the phone. So, the story about how rice works is that rice absorbs a lot of water, and if you put the phone in a bowl of rice -- dry rice that has not been cooked and is not wet -- the rice can suck some of the water out of the phone. It’s probably not effective under a number of circumstances.

First off, iPhones, you can’t take the back off and you can’t get the battery out. For the iPhones, if it falls in the water, you will not be able to dry it out enough to get it to work. But obviously, you [can] get lucky.

Samsung and other kinds of phones that have a removable battery, the first thing you should do is open the phone up, take the battery out and then dry the phone as soon as possible. The best way to dry the phone is with cool air blowing over it, from a fan. Or, let me tell you what not to use: Don’t use a hair dryer. The heat will damage the components of the phone. And don’t use the aerosol cans that blow air over the phone. The reason not to use those is because the air that comes out is very cold and can actually damage the components by freezing them. Don’t use that. The best thing would be an ordinary house fan, just trying to dry it out.

After you’ve dried it as best you can, the last couple drops of water or moisture in there can be removed by the rice. But probably, your best bet is a fan that can blow over it and dry it -- dry the battery at the same time, and when you’re convinced everything is dried, put the battery back in and try the phone. Chances are it did not get zapped on the first shot and you’re able to get the battery out and get the thing going. Then the phone may be OK.

So it’s a good idea to use one of those methods first, and use the rice as a supplement?

Certainly. What you do is get the battery out of the phone, get the phone open and air dry it – or let it sit. You want to get it dried fast. You don’t want the water to evaporate in the phone.

Is there something about dry rice in particular that’s absorbent?

It’s what’s called a desiccant; rice highly absorbs water when it’s dry. It’s hydrophilic so it likes water and – you know those little packets of desiccants you get in clothing and sometimes in bottles of aspirin? They have the same property -- they like to absorb water. Most people would not have a bunch of desiccant packages around, so rice is about as good as them.

Any danger of getting rice stuck in an electronic device?

Does this work with laptops, too, or just phones?

That’s also more complicated. First of all, it’s hard to imagine a laptop fitting into a toilet. But, the same thing is true. All those devices I’m familiar with, you can’t easily get to the battery. So the trick is you want to get it as dry you can as fast as you can. The best way to do that is to blow air in a concentrated way.

Anybody who’s dropped their iPhone in a toilet and put it in a bowl of rice is wasting their time, though?

If that’s the first thing they’re doing, they’re wasting their time, yeah. It’s not going to help. First thing to do is get the battery out, get the phone open, blow the air over it to dry it as much as you can, and if there’s moisture left, sit it in rice overnight.

Maybe the takeaway is that this was more effective back in the days when you could take apart a phone?

The other thing to note is that most warranties are voided the moment it touches the water because they have water sensors inside the phone that change color permanently as soon as the phone gets wet. So, that would void the warranty and you don’t’ have to worry about voiding the warranty by taking it apart -- because it’s already voided.

Any other little-known facts or pieces of advice?

Well, they do sell waterproof phones. Samsung makes a phone called the Sport, which you can throw in a swimming pool or take with you in the ocean and it won’t be damaged. It’s waterproof.