Infrequently Asked Questions: What is a middle neighborhood? 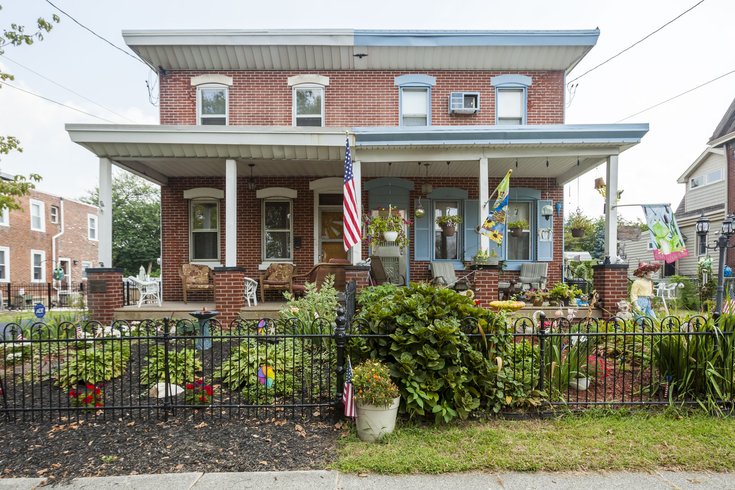 This 2015 photo shows the 7000 block of Tulip Street in the Tacony neighborhood of Northeast Philadelphia.

In cities, visions of America's upper crust and most distressed both are easy to conjure up. Try to envision cities' middle neighborhoods of today, though, and the task is a bit more difficult.

What is a middle neighborhood?

Paul Brophy, a Philly-native neighborhood improvement expert, recently took up the endeavor of finding out, editing the book, On the Edge: America's Middle Neighborhoods, a deep look at neighborhoods where you'll commonly find healthcare workers, a wide range of races and ethnicities, and property values that are neither here nor there. Brophy also took to Temple University on Tuesday to discuss the subject with City Council members and the public.

Here, Brophy explains the concept of a middle neighborhood.

What is a middle neighborhood, abbreviated?

Middle neighborhoods are typically areas on the edge between growth and decline. These are neither the strongest neighborhoods in a city nor are they the most distressed. These are places where the housing is typically affordable, where the quality of life – employment rates, school performance, crime rates – are good enough that new homeowners are willing to buy into the neighborhood but are playing the odds, because they don’t know if the trajectory of the neighborhood is up or down, over time. The challenge in these neighborhoods is to maintain their stability and improve, fighting off decline. They’re in the middle and they’re not the strongest or weakest, but they're also the middle in the sense they may be on the edge of transition. Which is why the book is called ‘On the Edge.’

Can you name one in Philadelphia?

Yeah, there’s a number of them in Philadelphia that I think meet the definition. East Mount Airy, plus some of the kind of central-northeast areas like Rhawnhurst, Olney, Mayfair, Tacony. These are the kinds of neighborhoods that are middle neighborhoods in Philadelphia. 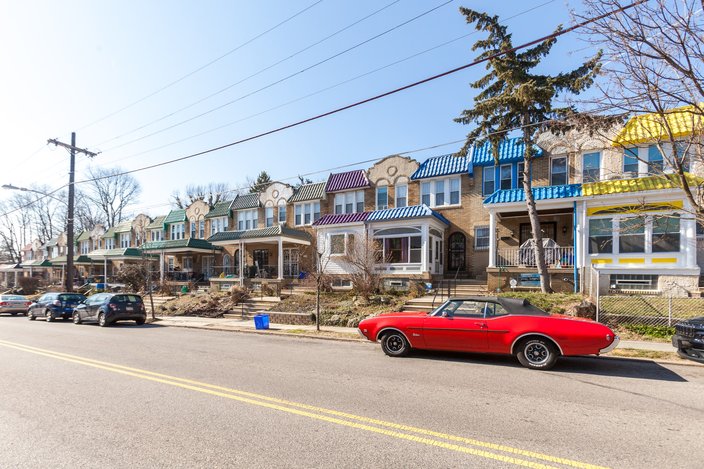 This file photo from 2016 shows the 100 block of Sedgwick Street in West Mt. Airy, just 2 blocks from the East Mt. Airy border.

Why would you say the distinction of 'middle neighborhood' is important for the average person, or politics or policymaking?

What we’ve typically done in thinking of neighborhood improvement – ‘we’ meaning federal government, policymakers, philanthropies -- we’ve typically focused on the most distressed areas. It makes sense. People living in the most stressful situations. The deepest distressed parts of North Philadelphia or West Philadelphia, for example. So the degree to which we’ve had any neighborhood policies is focused most on those distressed neighborhoods. The difference here is to also focus on middle neighborhoods. To use a medical analogy, rather than waiting for these neighborhoods to get sick, let’s use preventive medicine – use a vitamin to keep them healthy. So they don’t decline. It’s less expensive in terms of public expenditures, there’s less heartache in it, and the difference is trying to use an ounce of prevention in helping these neighborhoods transition in the right direction rather than the wrong one. So property values are stable, people want to move in, schools get better property values increased, and so on. So this is what the middle neighborhood strategy is all about.

Is there a city that’s cultivating those neighborhoods particularly well?

We’re hopeful this book will help others see the value in spending what is really a modest amount of money to take these neighborhoods slipping into decline.

In a demographic breakdown, these neighborhoods seem very ‘all-American' -- home to the blue-collar workers. It’s odd they don’t get more attention.

The other interesting thing is, for all the attention we’ve paid over the years to distressed neighborhoods – that percentage of people in the city living in these neighborhoods is really quite consequential.

Let me give you a few numbers. So, in Philadelphia, 43 percent of the population live in middle neighborhoods. In Baltimore, 51 percent; in Detroit, 51 percent; St. Louis, 41 percent. There’s a substantial portion of people who live in these neighborhoods. And yet as I say again, we have not, as a matter of public policy narrative priorities, federal priorities, we have not paid a lot of attention to them, despite there being a lot of people living in them.

What’s also important about these places, is given how dependent cities are on property taxes to operate services, to the degree these neighborhoods decline in property values, the tax base erodes and you have a situation in which the city no longer has the resources with the level of services they need. 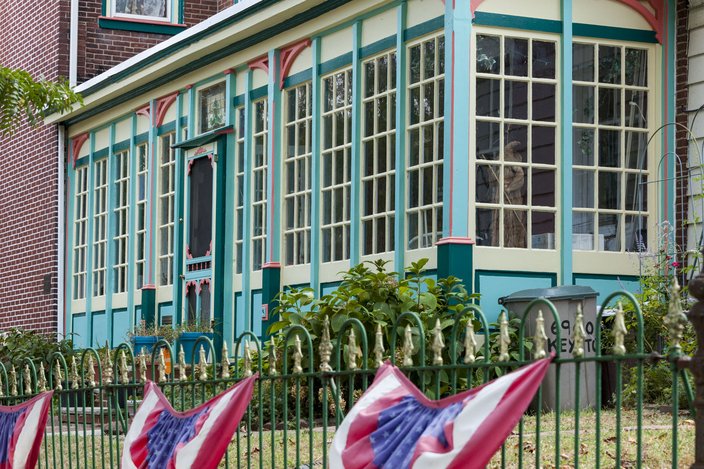 This file photo from 2016 shows a home on the corner of Keystone and Tyson Streets in the Tacony neighborhood of Northeast Philadelphia.

Are you hopeful for the future?

It varies by place. And the reason for the book, it's because I want to help people focus on these neighborhoods so we can be more optimistic. Let me give you both sides. What we’re up against. The first thing is, in some cases, in some cities, the [homes] are not what today’s market wants. Let me be stereotypical. I’ve seen post-World War II bungalows in midwestern cities millennials won’t want to live in. Not attractive architecturally. One challenge is how to modify the housing stock so it’s attractive in today’s market. The second challenge, that these cities are contending with, is when they were first built these were neighborhoods that were near jobs. I grew up in a neighborhood called Hyde Park in Philadelphia, adjacent to Olney, a blue-collar neighborhood where most people took a trolley or bus to work, some walked, lots of those jobs now are suburban. These neighborhoods are challenged by the fact they’re not near lots of blue-collar jobs. I remember kind of an old company I once worked for, Western Electric on Allegheny Avenue, moved out to King of Prussia. A stiff commute for someone living in a middle neighborhood.

A third challenge is that we’ve actually seen a shrinkage of these middle class in this century. Just listen to the national discussion in our last election cycle: We have a growing divide between have and have not and the middle is getting squeezed out ...

I should say, in parentheses, the lens through which I’m looking is largely focusing on cities like Philadelphia, Baltimore, Pittsburgh -- cities that, while they have areas that are really strong, and Philadelphia has turned a corner and population is growing again, nonetheless, these are not the hot cities like New York or San Francisco or Seattle, that have the challenge of managing population growth. I’m focusing on cities still trying to recover their economies and populations and so on, which I think is where every middle neighborhood discussion has the most importance.