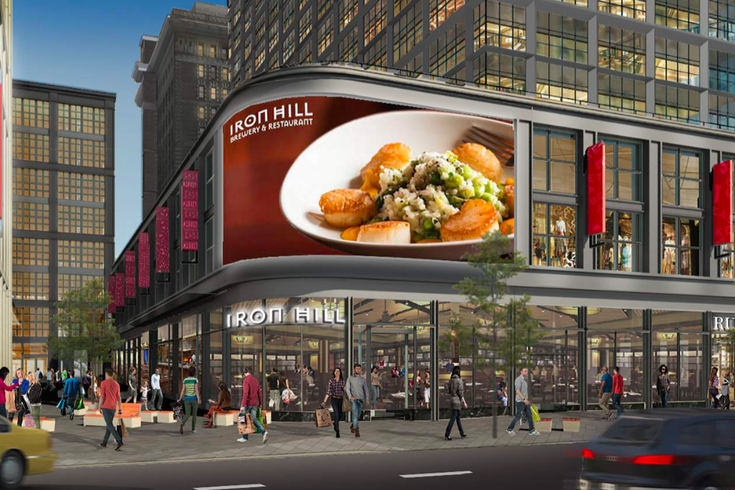 As progress continues on the construction of Center City's East Market project, an ambitious residential and commercial revitalization, speculation has picked up about who will occupy the remaining unclaimed space.

At least one piece of the puzzle was revealed Monday with the announcement that Iron Hill Brewery will bring its 13th location to 1150 Market St. in spring 2018.

“We’ve long wanted to join Center City’s exciting and diverse restaurant scene, but we wanted to be part of something from the ground up,” said Iron Hill Brewery & Restaurant president and founder Kevin Finn. “There has been tremendous population growth as places like East Market draw new residents to Center City."

Led by National Real Estate Development, East Market will feature two residential towers with a combined 562 units in both new and renovated buildings. The pedestrian-oriented development will span an entire city block from Market Street to Chestnut Street and from 11th to 12th Street. Tenants already confirmed for East Market's collaborative office space at 1100 Ludlow include MOM’s Organic Market, The Design Center and Bohlin Cywinski Jackson.

“With the arrival of Iron Hill, East Market continues to create a dynamic urban environment,” said Daniel Killinger, managing director of development at National Real Estate Development. “Iron Hill will be a great addition to this burgeoning neighborhood, helping to activate the street life of the East Market development. We are excited and proud that East Market has been chosen as the home of Iron Hill’s first urban brewpub.”

Founded 20 years ago in Newark, Delaware, Iron Hill Brewery has blossomed into a regional favorite with nearby locations in Chestnut Hill, Huntingdon Valley, Ardmore and West Chester.

"We take great pride in embracing the communities we serve, and that is especially true in Philadelphia," Finn said. "We look forward to opening our doors and raising a pint with our new neighbors and friends in spring 2018.”