Iron Hill will release new canned beers every month of 2018 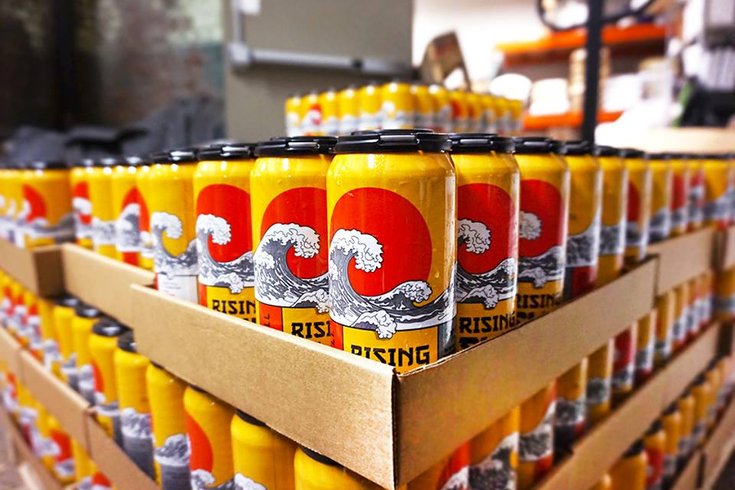 Fans of local beer may be familiar with Tired Hands Brewery's can days, where legions of beer fans line up in Ardmore for hours in pursuit of the company’s latest canned beer releases.

Iron Hill Brewery, another local beer company with 15 years seniority over Tired Hands and a strong foothold with multiple locations in Pennsylvania, New Jersey, and Delaware, is taking a shot at its own special can releases, this time dressing up tried-and-true fan favorites in new designs to help emphasize year-round, take-home cans.

For each month of 2018, the Delaware-based brewery will release a new can of its beers, infusing with creative designs from Pittsburgh's Smith Brothers Agency.

The first of the new cans is the Rising Sun, a single-hopped IPA and a favorite for regular Iron Hill drinkers, which debuted in its new packaging Thursday.

In February, two additional cans are slated to the hit the market: Belgian-style Bedotter, to be released Feb. 8, and Golden IPA Ore House IPA, which is available Feb. 22.

The Philadelphia Business Journal noted how a redesign of known beers can actually do wonders for marketing, with even larger scale beer companies trying to get into more artisanal packaging to entice drinkers who wouldn’t typically go for a big-name brand.

As Iron Hill continues plans for expansion, this year we’re also likely to see the completion of its previously announced downtown location, which will be part of the East Market project.