With about 1,100 votes separating him from fifth place, he is going to wait for a final count 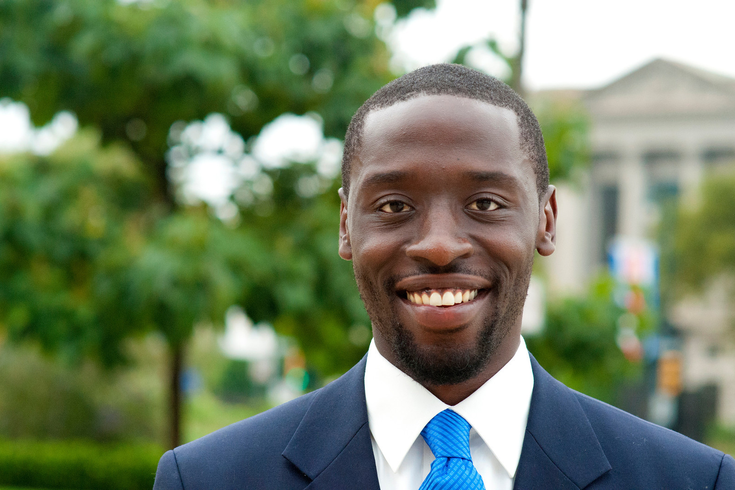 The top five Democrats vying for an at-large seat on City Council after the Democratic primary are inevitably voted into office.

He is, according to the latest online count with 98.87 percent of precincts reporting, 1,129 votes behind Helen Gym, who ran a campaign based on improving the city's schools. That is a margin of just 0.18 percent of all votes cast.

“Let me start by saying that the race is not over yet,” he said in an email to supporters sent out Wednesday.

Before the Thomas email was sent out, Gym also sent out a message Wednesday expressing confidence she would win.

“We are ahead,” she said in a statement. “The numbers are on our side.”

“And although all the votes haven't been counted, we're confident we will be declared the winner.”

Max Weisman, Thomas’ communications director, said the campaign is in a wait-and-see mode.

When asked why all of the precincts haven’t reported their votes - the Thomas campaign referenced the “1.42 percent of the vote not yet counted” in its email - Tim Dowling, the acting supervisor of elections, said, “as usual, some of the cartridges [containing voter information] are left in the machines by board workers. Staff is in the process of retrieving those cartridges.”

This is Thomas’ second bid for City Council and his second time presumably coming up short. In his 2011 campaign, he won 6.6 percent of the vote. Then-Council incumbent James Kenney, the fifth-place finisher that year, was favored by 9.7 percent of voters.

When Thomas spoke with PhillyVoice earlier in the campaign, he said he had learned a lot from his previous run and now understood the importance of money and endorsements. He also explained what failure would mean.

“Me losing this race this time around would be the biggest failure of my life,” Thomas said earlier this year. “I did not know what I was stepping into the first time around; this time around I have no excuses, I know exactly what I’m getting myself into.”

The Thomas campaign believes it will know by next week.

“From what I’ve heard, people are going to still be counting today and tomorrow,” Weisman said. “The speculation is that there will a final count by Tuesday.”

He said his campaign will let supporters know the result in an email.