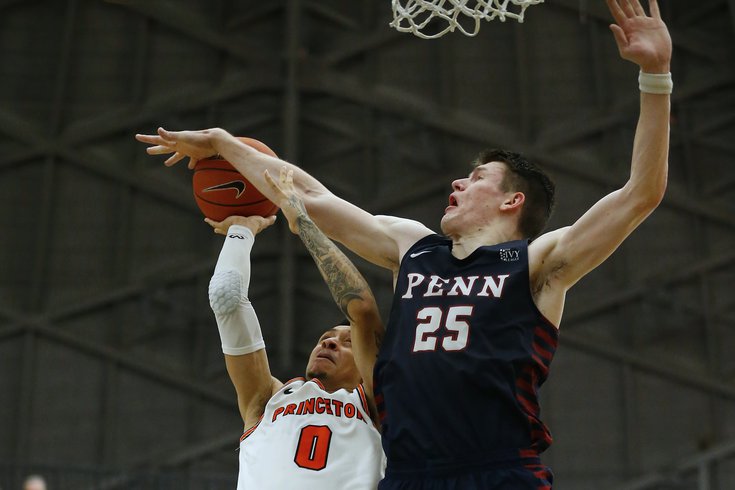 The Ivy League announced on Thursday that its men’s and women’s postseason conference basketball tournaments have been postponed due to the coronavirus outbreak, saying that the decision was made “with the health of students as well as the campus and the general community in mind.”

UPDATE: The Ivy League announced on Wednesday that it has canceled all spring sports for the remainder of the season. The conference also stated that each school will be responsible for deciding if its winter teams and student-athletes will compete in the postseason if they have qualified.

Sorry, Penn basketball fans; your chances of seeing the Quakers compete in either the men’s or women’s NCAA Tournament this March just went up in flames.

The Ivy League announced on Thursday that its men’s and women’s postseason conference basketball tournaments have been postponed due to the coronavirus outbreak, saying that the decision was made “with the health of students as well as the campus and the general community in mind.”

The decision, which was made based upon “the guidance of public health and medical professionals to discourage and limit large gatherings on campuses,” will result in the men’s and women’s regular season champions being handed the automatic qualifying bids to the NCAA Tournament. Therefore, Yale’s men’s team and Princeton’s women’s team will continue playing in March.

The Ivy League is also cancelling all out-of-season practices and games, as well as limiting the number of spectators for all upcoming campus athletic events.

“We understand and share the disappointment with student-athletes, coaches and fans who will not be able to participate in these tournaments,” Ivy League Executive Director Robin Harris said in a statement. “Regrettably, the information and recommendations presented to us from public health authorities and medical professionals have convinced us that this is the most prudent decision.”

“Following a number of league-wide discussions throughout the last several weeks, we have decided to exercise caution in the interest of student-athletes, fans and the general community,” Harris added.

All tickets for both the men’s and women’s tournaments will be refunded in full.

Penn’s men’s basketball team finished fourth in the Ivy League this season and qualified for the conference’s postseason tournament. The Quakers were scheduled to face top-seeded Yale on Saturday before the tournament was cancelled.

Penn’s women’s basketball finished second in the Ivy League this year and was slated to face third-place Yale on Friday night.

While Princeton basketball fans will be happy to see their women’s team qualify for the NCAA Tournament, its men's team had qualified for the Ivy League Tournament as well by placing third in the conference during the regular season and was scheduled to play second-seeded Harvard on Saturday.

Both tournaments were scheduled to be held in Boston this year after being played in Philadelphia and New Haven, Connecticut the previous three seasons.

MORE: NBA announces temporary coronavirus restrictions in locker room. What comes next? | Kevin Cooney: MLB has a chance to get it right with coronavirus, but probably won't