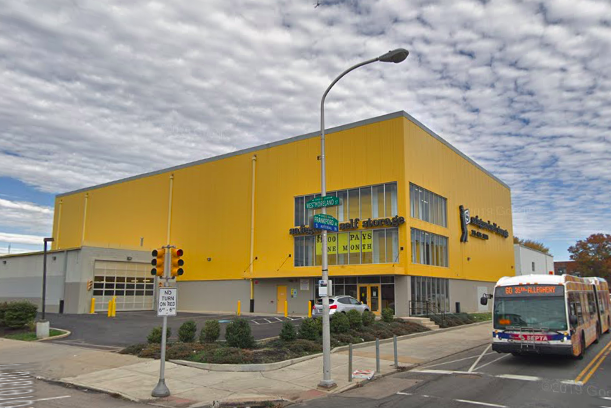 The remains of Brenda L. Jacobs were found at this storage facility in the Frankford section of Northeast Philadelphia. Jacobs disappeared in 2003 and was reported missing in 2013. Her ex-boyfriend, 49-year-old Jade Babcock, is facing homicide charges following an investigation by Pennsylvania State Police.

A man arrested in connection with the discovery of human remains at a storage facility in Northeast Philadelphia has confessed to killing the missing victim, according to Philadelphia District Attorney Larry Krasner.

Authorities received a tip earlier this week about the grim finding at the storage facility Westmoreland Street and Frankford Avenue.

Pennsylvania State Police arrested 49-year-old Jade Babcock on Tuesday, linking the remains to the disappearance of ex-girlfriend Brenda L. Jacobs, who went missing from her home in Montoursville, Lycoming County in 2003. Her disappearance was not reported by her family until 2013. She would have been in her mid-fifties if she were alive today.

Law enforcement officials reportedly were told by a source that Babcock had bragged about storing Jacobs' body at the locker in Northeast Philadelphia, according to CBS3.

Krasner's office charged Babcock on Wednesday with abuse of corpse, obstruction of justice and tampering with evidence. Homicide charges are expected to be filed by the Lycoming County District Attorney's Office.

“When there is no swift resolution to an investigation, perpetrators do begin to believe that they can get away with murder," Krasner said. "With the help of our State Police, that won’t be true for Jade Babcock."

Babcock is being held without bail in advance of a hearing scheduled for Oct. 18.