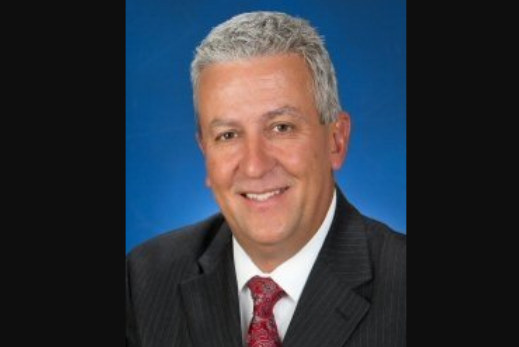 Pennsylvania State Sen. Michael Folmer has been charged with child pornography after explicit photos allegedly were found on the politician's phone, officials said.

Folmer, 63, of Lebanon, is charged with possession of child pornography, sexual abuse of children, and criminal use of a communication facility on Tuesday, according to a release by Attorney General Josh Shapiro.

Officials said they received a tip after Tumblr found at least one image of child pornography had been uploaded to their server in December 2017. Tumblr reported the tip to the National Center for Mission and Exploited Children. Investigators were able to trace the account to Folmer's email and home address in Lebanon. After obtaining a search warrant on Tuesday, officials found two images of child pornography on his phone.

"Michael Folmer stated that he had been dealing with some personal problems/issues and that he had received child pornography through his Tumblr blog," an agent of the attorney general's office wrote in the court papers obtained by Associated Press.

Gov. Tom Wolf released a statement on Wednesday morning calling on the senator to immediately resign from office. He called the charges "disgusting and beyond comprehension," adding that it shows "he has taken advantage of the trust and privilege afforded by the people of Pennsylvania."

Folmer was chair of the State Senate Government Committee, and as of Tuesday, state Senate President Pro Tempore Joe Scarnati and Senate Majority Leader Jake Cormer announced in a joint statement that Folmer would be removed from the committee.

"Given the severity of these charges, Senator Folmer is immediately being removed as Chair of the Senate State Government Committee. Further action in response to these charges will be taken up by the Senate Leadership in the coming days."

Folmer was elected to the state senate in 2006 after beating out incumbent Republican majority leader, Sen. David Brightbill, in the GOP primary. The Republican senator was a key vote in passing the bill to legalize medical marijuana in Pennsylvania in 2016.

In 2018, the senator opposed legislation that would remove the legal block that prevents sexual abuse victims from suing their abusers and institutions, like the Catholic Church.