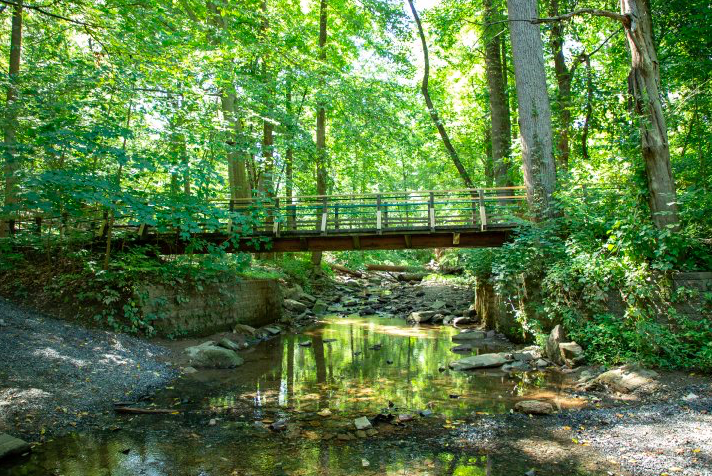 Abington Township in Montgomery County is the 74th best place to live in the United States in 2019, according to Money Magazine.

Abington Township ranks among the 100 best places to live in the United States, according to an annual analysis from Money Magazine.

The Montgomery County township came in at number 74, one of only two locations in Pennsylvania to make the list in 2019. Shadyside, in Pittsburgh, is ranked the 94th best place to live.

Money's methodology took into account more than 80 separate types of data ranging from the local economy and cost of living to education, housing, diversity, weather, amenities and health and safety.

At a glance, key statistics in the overall rankings paint Abington as a desirable place to be. 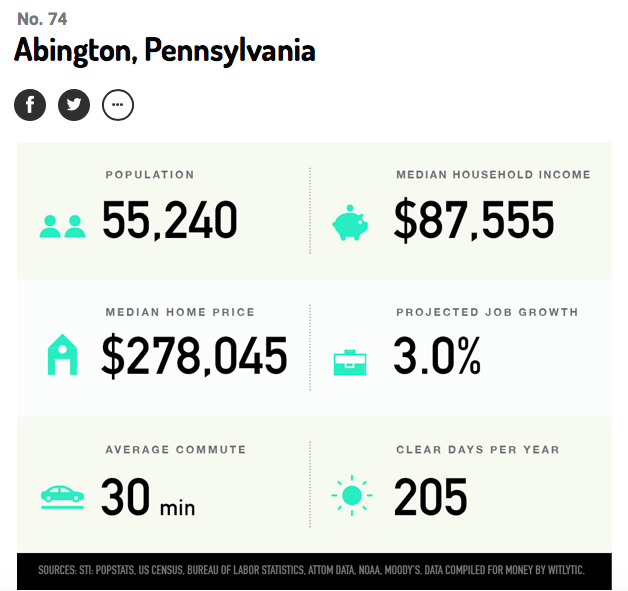 Source/Money Magazine
The distinction is particularly impressive considering that Money's list of qualifying locations numbered 1,796, even after areas with high crime, low wages and low diversity were eliminated from contention.


Abington received a pledge of $25 million last year from billionaire investor Stephen A. Schwarzman, whose gift will help the school district build a new science and technology center at the high school, restructure the curriculum at all levels and provide personal computers for all students beginning in 2022.

A similar ranking from neighborhood data provider Niche has touted Chesterbrook, in Chester County, among the top 10 places to live in the United States in recent years.

Money Magazine's best place to live in 2019 is Clarkesville, Tennessee, a fast-growing town northwest of Nashville that has become a destination for millennials to settle down. The average age of Clarkesville's population is just 29 years old.

Here's a look at the top 10 best places to live, according to Money Magazine: