Philadelphia's Oktoberfest is one of the best in the country, survey says

The city also ranks first for having the most pretzel shops out of any U.S. city 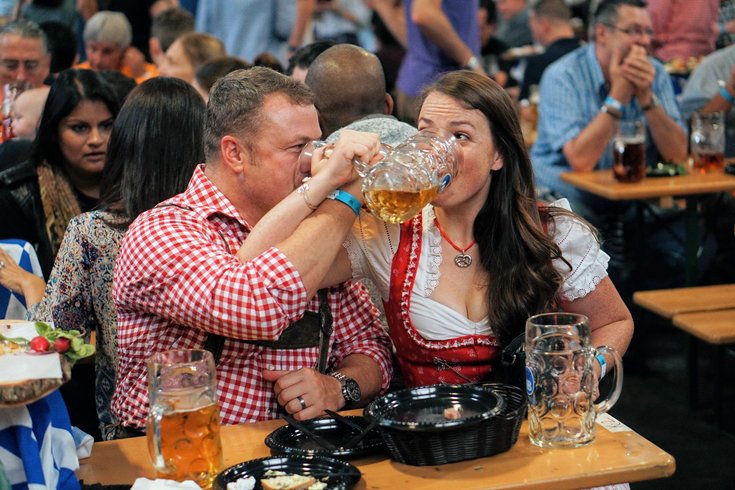 Philadelphia is the fourth best city for Oktoberfest celebrations, according to a WalletHub survey. The city's score was boosted by having tied for the most pretzel shops per capita.

Whether you're heading out at the end of this month to PHLOktoberfest in Fishtown or Oktoberfest at The Bourse, you can sip your pilsner or bock knowing you're in one of the best cities in the United States to celebrate this German festival.

Philadelphia ranked as the fourth best U.S. city to celebrate Oktoberfest, according to WalletHub. While it seems natural the city would perform well such a list based on the number of Oktoberfest celebrations planned in and around Philly alone, Wallethub used more complicated criteria for its rankings.

It surveyed 100 U.S. cities and scored each based on three key dimensions, including traditions for the festival, costs, and safety and accessibility.

Philadelphia received a total score of 56.53 points, earning major points for being the home of the soft pretzel. Philly ranked first for the most pretzel shops per capita (strangely tied with Las Vegas), a win no one should be surprised by. The city also ranked first for having the lowest DUI-related fatalities in the country, which helped our safety and accessibility score (fourth best).

Philly also placed ninth best for its in traditions. However, when it comes to costs, Philly Oktoberfest revelers spend a bit more than average, ranking 76th in the country.

New York City finished No. 1 in the U.S. on Wallethub's Oktoberfest list, followed by Denver, Colorado, and Portland, Oregon. Cincinnati, Ohio, finished one spot behind Philadelphia at No. 5.

WalletHub examined several key factors. Tradition was measured by amount of festivals per city, amount of breweries, and even amount of German restaurants per capita. Costs were factored by looking at the average price for Oktoberfest tickets, beer, and sausagea. For safety the survey examined data for crime rates, access to public transit, and DUI-related fatalities.