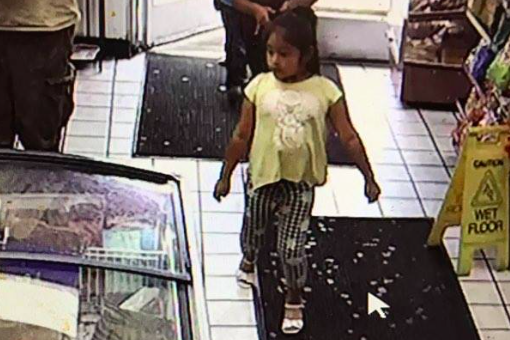 A 5-year-old girl is missing after she and her family visited a park in Bridgeton on Monday afternoon and she disappeared, according to authorities.

Dulce Maria Alavez visited City Park in Cumberland County with her mother, 3-year-old brother and another child who is a relative, police said.

The missing girl's mom, Noema Alavez Perez, told investigators she had let her daughter and son leave their vehicle to go to the playground while she remained in the car with the third child.

About 10 minutes later, the mother said her son came back to the car in tears because he could not find his sister. He pointed behind nearby buildings where she had wandered.

After calling family members to come help search for the girl, police were notified and an extensive search was launched Monday night into Tuesday morning.

Dulce Maria Alavez is described as about 3 feet 5 inches tall with dark hair. She was last seen wearing a yellow shirt, black and white checkered pants and white sandals.

There were false reports early Tuesday that Alavez had been found, but authorities corrected those reports in a Facebook post with additional photos.

An Amber Alert was issued Tuesday night and Bridgetown police provided a description of a man who may have abducted Alavez.

"The alert indicates the child ... may have been taken by a light skin possibly Hispanic male, height 5’6” to 5’8”, thin build, no facial hair, acne on his face and wearing orange sneakers, red pants and a black shirt," police said.

Investigators believe Alavez may have been led into a red van with a sliding door on the passenger side and tinted windows.

Police have launched a criminal investigation into the girl's disappearance.

Anyone with information about Alavez's whereabouts is asked to contact Bridgeton police at (856) 451-0033.