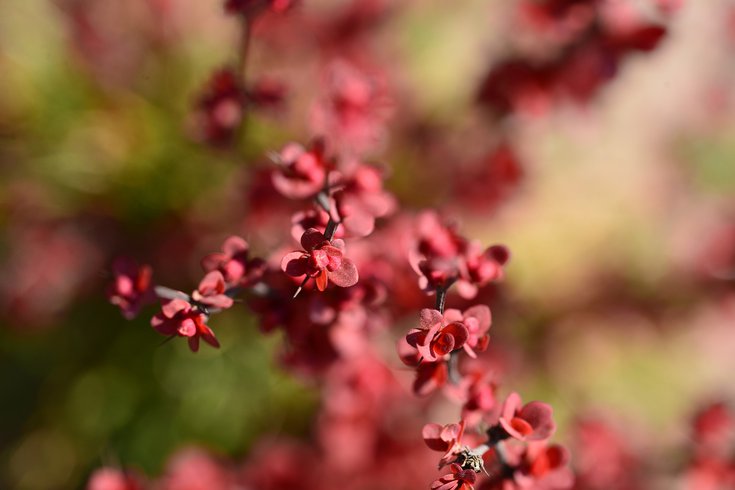 Pennsylvania added Japanese Barberry to the state's list of noxious weeds, which are plants that have an adverse impact on public health, crops, livestock and land.

Japanese Barberry, an invasive shrub that has become widely-used in landscaping due to its color and ability to keep deer away, will soon be prohibited in Pennsylvania.

The Pennsylvania Department of Agriculture has implemented a multi-phase statewide ban on growing and selling the plant due to the negative effect it has on the environment.

Known as Berberis thunbergii, the plant originated in Japan and Eastern Asia and was brought to the United States in the 19th century as a decorative shrub.

Japanese Barberry quickly overgrows and forms dense, prickly thickets that can crowd out other plants and be disruptive to various ecosystems. The plant can spread easily across wooded areas, fields and other green spaces. It is also a popular spot for black-legged ticks to spread lyme disease.

Pennsylvania added Japanese Barberry to its list of noxious weeds, which are plants that have an adverse impact on public health, crops, livestock and land. Plants that are identified as noxious weeds cannot be sold or grown across the state.

"Many seemingly attractive plants can actually harm our environment, our food supply and our health," Agriculture Secretary Russell Redding said. "Pennsylvania does not take banning the sale of a plant lightly. Prevention is the best alternative — choosing native plants that harbor pollinators and allow a healthy, natural ecosystem. Carefully considering the potential impact of what we plant can prevent lasting damage that is difficult, expensive or impossible to reverse."

Enforcement of the statewide ban will take place over the next two years to provide landscaping companies, garden centers and nurseries with time to dispose of Japanese Barberry and seek out alternative plants that are not as harmful to agriculture.

Businesses received notices of the prohibition this month and were told to decrease inventory of the plant. Companies that are still selling and producing Japanese Barberry by next fall will receive a warning from state officials. All remaining Japanese Barberry in Pennsylvania will be destroyed by Fall 2023.

Sterile, seedless versions of the plant that are less threatening to the environment are eligible for an exemption through an application process.

Property owners are also encouraged to get rid of any Japanese Barberry they may have. Experts at Penn State Extension recommend pulling the entire plant out of the ground either by hand or by using a machine, depending upon the shrub's size. Removing the entire root system is paramount to prevent re-sprouting to occur among leftover seeds and branches.

Pennsylvania had previously considered banning Japanese Barberry in 2018, according to TribLive.com. Massachusetts, New York, Maine, Minnesota, Wisconsin and West Virginia have also banned the sale and cultivation of the plant, according to NorthCentralPA.com.

The plant can mostly be found in the Midwest and East Coast of the United States, as well as in parts of Canada, according to the University of Georgia's Center for Invasive Species and Ecosystem Health.