The current statewide order is set to expire Dec. 4 but a new one could be implemented quickly after and remain active while it is reviewed by state lawmakers 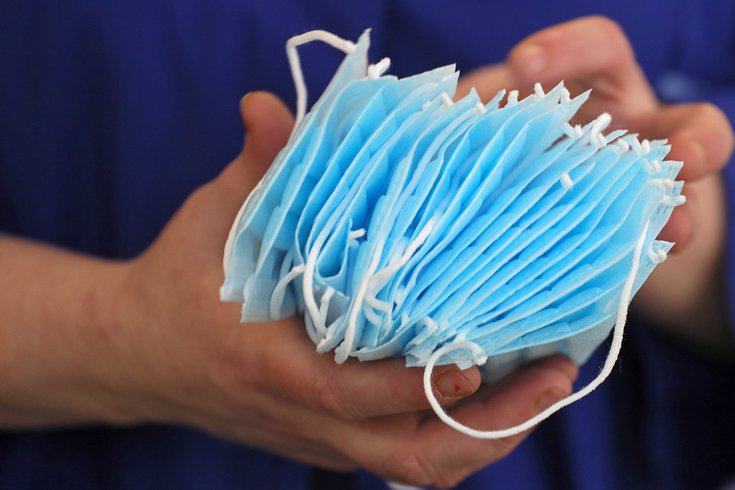 Pennsylvania's current requirement of all students and teachers to wear face masks in school will be lifted Dec. 4, a Commonwealth Court judge ruled Tuesday.

However, Judge Christine Fizzano Cannon provided the Wolf administration with a mechanism in which state health officials could legally reimplement a COVID-19 mask mandate for students and school staff.

The state health department would first need to be granted approval by Gov. Tom Wolf in order to make such a rule to address an emergency, which Cannon said includes conditions that the state believes “threaten the public health, safety or welfare."

A new school mask mandate could take effect as soon as Dec. 4 and remain active while it is reviewed by state lawmakers and an independent commission, Cannon said.

Meanwhile, the state's current mask mandate for students and teachers in K-12 schools and child care centers will expire early next month after Cannon ruled in favor Tuesday of a challenge to the order.

The state health department filed an appeal to the Pennsylvania Supreme Court over the lower court's ruling. The appeal put an immediate hold on the expiration of the state's school mask mandate and allowed the policy to remain in place until there was a final ruling.

But a group of parents and Republican state lawmakers who are suing Pennsylvania over its school mask requirement filed an application to have the automatic stay lifted.

Cannon granted the application and ordered that the hold end Dec. 4. This would end Pennsylvania's current school mask rule ahead of the first full week of December and pass such decisions along to individual school districts— unless state health officials were to construct a new, legal mandate over the coming weeks.

Cannon said that letting an order stand that was issued without authority would cause "irreparable harm."

"Allowing an order to remain in force indefinitely during the pendency of an appeal, where that order was issued without proper authority or adherence to statutory requirements, was declared to be void by this court and affects the lives and behavior of all those entering school entities, would constitute an irreparable harm to the citizenry of the commonwealth," Cannon said.

Cannon also said that the petitioners are likely to win on appeal and that vacating the suspension "will not substantially harm other interested parties or adversely affect the public interest."

State health officials said that the ruling changes nothing as the Pennsylvania Supreme Court considers the state's appeal.

"Given the Commonwealth Court ruling, we will seek to ensure that the masking mandate remains in place through the duration of the appeal process in our ongoing effort to protect the health and safety of students, teachers and staff," health officials said in a statement.

The Pennsylvania Supreme Court has scheduled oral arguments in the case for Dec. 8.

Pennsylvania has planned to end its statewide school mask mandate in January and pass such public health decisions onto school districts, which would be permitted to keep mask requirements in place. The decision was made as students ages 5-11 became eligible to be vaccinated against COVID-19.

The School District of Philadelphia has said it will still require students and teachers to continue wearing masks.

Pennsylvania's school mask rule for all students and teachers took effect at the start of the academic year in September, as COVID-19 cases and hospitalizations surged. Students ages 11 and under weren't eligible to be vaccinated at the time.