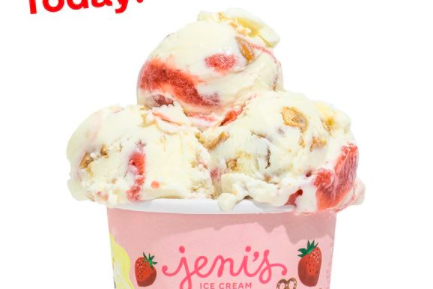 Jeni's Splendid Ice Creams is opening two shops in Philadelphia this year, making them the first locations to arrive in Pennsylvania.

The shops are set to open in Rittenhouse and Fishtown, making them the first locations in Pennsylvania, Eater reported. It's not yet clear when the stores will officially open.

The ice cream brand was started in 2002 by Jeni Britton Sauer in Ohio. So far, there are more than 50 storefronts across the country.

"I’ve loved visiting Philadelphia over the years. And I’m so excited to get to spend even more time there," Britton Sauer said.

Fans of the ice cream could get pints of Jeni's at Whole Foods, ACME, Mom's and Wegman's, as well as online, but these two new locations are the first scoop shops to open their doors in the Keystone State.