Philadelphia lost so much by not taking advantage of his gifts while he lived, Brett Mandel writes 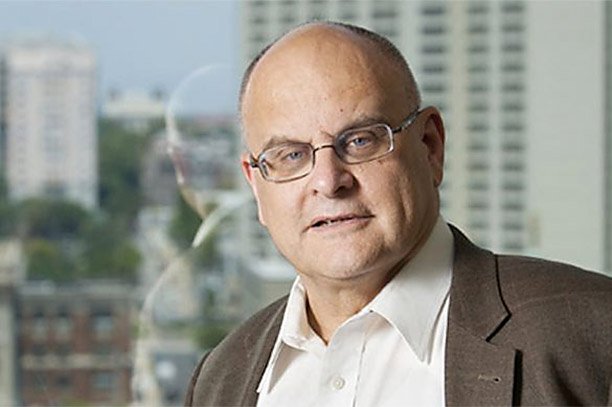 Jeremy Nowak died Saturday from complications of a heart attack.

I join so many Philadelphians who are mourning the passing of civic catalyst Jeremy Nowak. There can be no doubt that his death leaves our city at a loss. But we must also acknowledge that we will not only miss Jeremy's input now that he has died – we need to understand that we lost so much by not taking advantage of his gifts while he lived.

Jeremy belonged to a distinct class of Philadelphian. He was a rare member of the civic sector who was able to avoid the gravitational pull of Philadelphia's political celestial bodies. He was able to engage with hacks and honest brokers and communicate with pols and policy wonks.

MORE OPINION: Rock bottom: Mayonnaise ice cream is a thing that now exists
In my many engagements with him, Jeremy candidly acknowledged the fact that not everyone in the civic sector had pure motives but he saw his role to provide sensible counsel and technical assistance to steer the city's leaders toward favorable waters and not try to row against the prevailing political current. In speaking about his role shaping the thinking around the use of funding and programming in one high-profile government project, he told me that he saw his job to make the otherwise indictable ideas into merely stupid ones make the stupid ideas into worthy projects.

With that attitude, Jeremy was able to work with the Philadelphia's most powerful and most political leaders. The corrupt and the contented listened to him and he undoubtedly sewed some silk public-policy purses from what would have otherwise been sow's ears of malfeasance and misfeasance.

But that does not mean that our crabs-in-a-barrel town could allow Jeremy to rise to a position of power and prominence to make change on a larger scale. So it was that less than a year-and-a-half after being selected to run the most influential foundation in Philadelphia – lauded as a creative problem-solver who could use the foundation's money and platform to bring changes to public education and other areas – Jeremy was forced out and cast off as an elder statesman without portfolio.

One day, he was cheered as a man with a vision and a willingness to tell people things they might not want to hear, then, he was suddenly someone with whom status-quo Philadelphia had "differences in approach."

I will be the first to say that Jeremy did not have all the answers and I am certain that his critics had some fine reasons to be critical. But, Philadelphia does not need a gentle nudge to be a better city. Philadelphia needs a swift kick in the ass and a very impolite shove in the right direction. Our city doesn't suffer because we don't make marginal progress; it suffers because we ONLY make marginal progress.

When someone like Jeremy comes along to push for bigger and better things, the civic response is not to embrace the change maker, but to show him the door or kick him to the curb.

Philadelphia is a city that deserves so much better but Philadelphians embrace change no more than they embrace a Cowboys fan who wears a Mets jersey while complaining that the "Philly Special" Super Bowl play was illegal formation. City Controller Rebecca Rhynhart is learning this lesson the hard way as she is enduring sharp criticism from the Kenney Administration and its allies for sounding the alarm about city fiscal improprieties and governmental mismanagement of matters involving sexual harassment. But we will never make more than unsatisfying marginal progress if we shoot the messengers who tell us that we can and should do much better and Philadelphia will never be the city it should be if we cling to this unsatisfactory state of affairs.

All of this struck me on, of all places, a baseball field. I was fortunate to be in Cooperstown helping to coach my son and his teammates in a youth-baseball tournament. While talking about the ups and downs of the team, I remarked to another father that, despite any frustrations I had with coaching, it was a blessing beyond measure to have the ability to spend this time with my son and to help teach the game I love.

I even confessed that had I been successful when I ran for city controller, myself, I would have been thrilled to have the chance to try to make much-needed change – even in the face of so much pushback from protectors of status-quo Philadelphia – but that would have meant that I could never have devoted the time and effort I have been able to put into coaching and so many other activities.

Maybe that's why Jeremy's death struck me so uncomfortably. Jeremy tried to steer Philadelphia in a better direction –  and learned what happens when one tries to make waves. Understanding this aspect of Philadelphia far too well, I am glad to say I happily spent the last week throwing batting practice and teaching 12-year olds how to steal bases instead of fighting City Hall.

I sincerely hope that Jeremy has found a similar solace now that he is at rest.