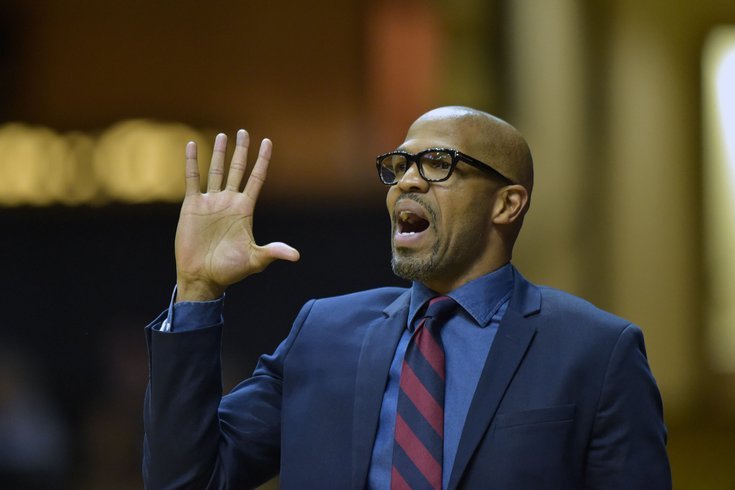 Former Penn men's basketball head coach, and former Penn player, Jerome Allen was removed from the Penn Athletics Hall of Fame after he was sentenced to community service and fined for accepting bribes while he was coach.

Former Penn men's basketball head coach and player Jerome Allen was removed from the Penn Athletics Hall of Fame this week after he was sentenced to community service and fined for accepting bribes while coaching.

Allen, an assistant coach with the NBA's Boston Celtics, pleaded guilty back in October to accepting bribes and then testified in March to accepting $300,000 to help a businessman's son gain entry to Penn, under the guise of being a basketball recruit.

The school issued a statement Tuesday about Allen's removal from the Athletics Hall of Fame.

Here's the statement from Kevin Bonner, senior associate athletic director of governance and administration, per the Daily Pennsylvanian:

Allen testified in March that he set up a separate bank account for Philip Esformes to wire him money. Esformes paid Allen to help his son gain admission to Penn by calling his son a "listed recruit" in communications with admissions officers. Penn, as an Ivy League school, doesn't award traditional athletic scholarships.

Allen was sentenced to 600 hours of community service and ordered to pay a fine of $202,000 on top of an $18,000 forfeiture judgment, the Daily Pennsylvanian reported.

Allen played in a total of 117 NBA games for the Minnesota Timberwolves, Indiana Pacers and Denver Nuggets before becoming a coach.