The Bobcat was equipped with a GPS tracker, which led police to a nearby property 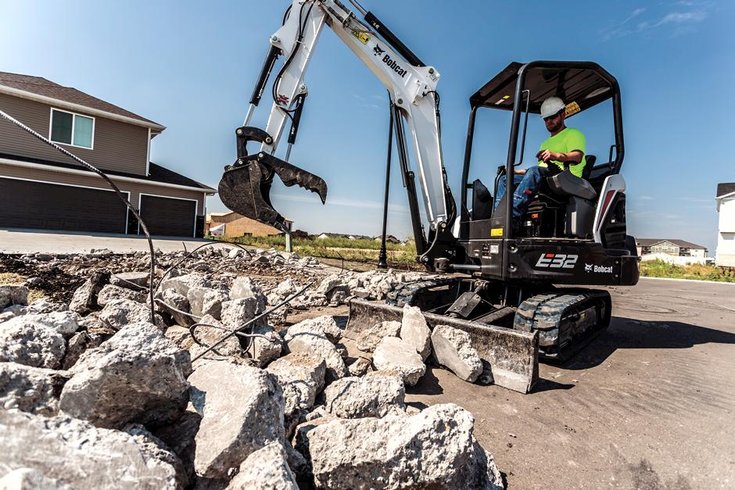 This is a Bobcat E32 excavator. David Lutz, 60, of Souderton was arrested for stealing one from a Hatfield construction site.

A Montgomery County man was arrested earlier this week for allegedly stealing a Bobcat excavator from a Hatfield construction site.

David Lutz, 60, of Souderton, was arrested one week after Hatfield Township Police received a report of a stolen Bobcat E32 excavator from a work site on Bergey Road.

The excavator, which weighs about 7,183 pounds and is worth about $45,000, according to North Penn Now, was equipped with a GPS tracker.

The tracker indicated that the excavator was stolen on the evening of June 14 and moved about a half-mile from the work site.

The tracker led police to Lutz's property, where the excavator was seemingly hidden between a vehicle and a dump truck. The truck was positioned in a way that blocked the view of the excavator, according to police.

Here's what a Bobcat E32 looks like when in use, for reference:

During questioning, Lutz admitted to stealing the excavator, police said. He was arrested July 1, and is charged with felony counts of theft by unlawful taking, and receiving stolen property, authorities said.

Lutz is scheduled for a July 12 preliminary hearing.