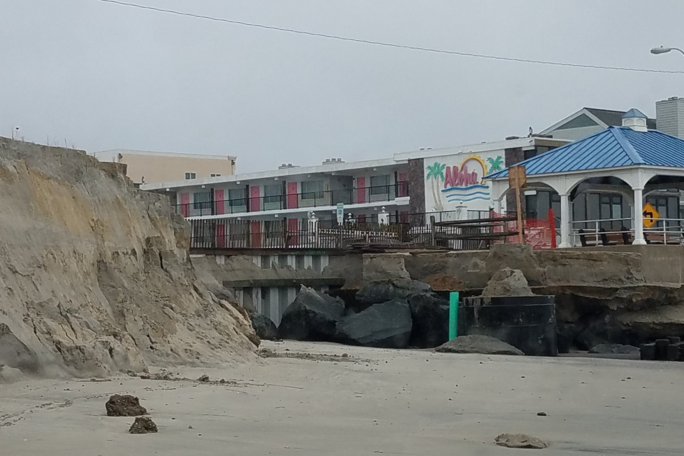 After much of the Philadelphia region braced for a punishing nor'easter, municipal crews spent Tuesday assessing the damage. The New Jersey coast was hit particularly hard, but one shore town reported its dune system, bolstered by by an unusual source, not only withstood the storm but grew higher.

Most of the Jersey Shore experienced flooding and beach erosion, according to the National Weather Service. Here are just a few examples of the damage posted on Twitter:

ALERT - Beach access via 5th Avenue ramp is closed to vehicles due to beach erosion until further notice pic.twitter.com/dbUoEDlwUy

However, according to NewsWorks, South Seaside Park's Midway Beach easily withstood the storm's wrath with the help of donated Christmas trees. The Ocean County town's dune system not only maintained its protective shape during the storm, it also grew in size due to the unique strategy.

Thanks to Christmas trees, dunes in one Ocean County community grew during storm https://t.co/245hHpr5Jj

Solazzo said volunteers had laid the trees throughout the dunes in recent weeks to prevent sand from blowing away during a storm.

The system was put to a test this week, but the town's residents found that the trees were buried Tuesday morning meaning the trees trapped most the sand.

Solazzo warned that the concept will not work for all beach resorts. He credits the location of houses that are "set back a few hundred feet away from the ocean" that allows the town's plan to work.